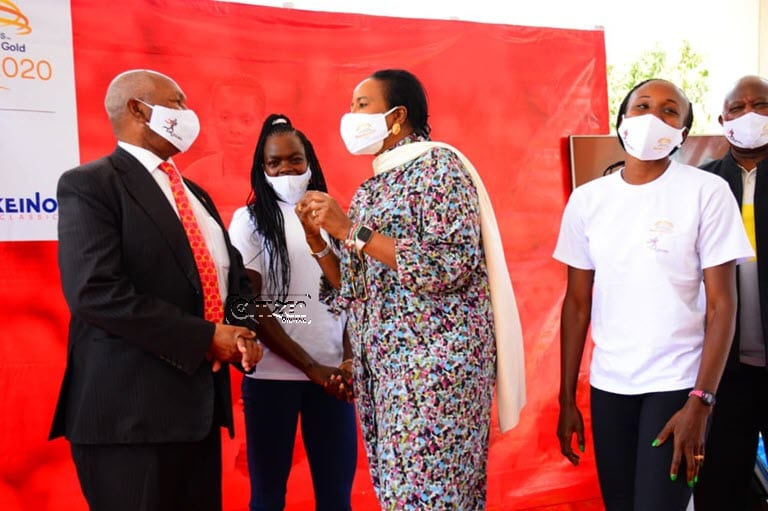 At least 150 athletes have been confirmed for the Nairobi Continental Tour Gold meeting set for October 3 in the Kenya’s capital, Nairobi.

The meet named Kip Keino Classic in honour of legendary athlete Kipchoge Keino is the seventh and the final leg in the inaugural World Athletics Continental Tour Gold series.

As the clock ticks towards the event, preparations are in top gear even as athletes from foreign countries jet in for the global event.

Being the sole meeting set to be held in African soil, meet director Barnaba Korir disclosed that the event has already attracted athletes from 32 nations.

Korir explained that the athletes arriving will be subjected to safety protocols developed by the Ministry of Health and World Athletics to curb the spread of Covid-19.

“we have put everything in place to ensure the safety of everyone in the event including our visitors as we are going to ensure the implementation of the developed protocols including the testing of athletes within 72 hours as required,” he said.

The one-day meet will be held at the new-look Nyayo Stadium located within the capital that was recently re-opened by Kenya’s president Uhuru Kenyatta after being under renovation for close to three years.

Athletics Kenya (AK) president Jackson Tuwei has already revealed that the 30000-seater facility has been cleared by World Athletics to host an international event having met the minimum requirements hence records broken will earn recognition from the global body.

Korir said technical officials both local and from World Athletics are set for the event.

“We have officials from World Athletics who are already in the country to make sure that everything runs smoothly for the event. We have four officials who arrived last night,” said Korir who also doubles as AK executive member.

Kenya’s world champions that consists of; Hellen Obiri (5000m), Timothy Cheruiyot (1500m) and Conseslus Kipruto (3000m steeplechase) are also in the start list for the meet.