Kenyan teams lay down the marker at EA Games as Kwanthanze, ‘Dago’ shine 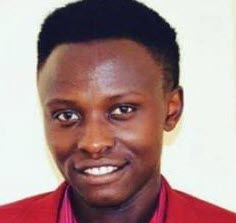 The Machakos based team which is eyeing a hat-trick of titles in three successive years easily blew away their Rwanda’s nemesis by sets of 25-14, 25-14 and 25-17 to the surprise of coach Justin Kigwari who expected his opponents to offer solid challenge after the two met in the finals in 2017 in Gulu, Uganda when Kwanthanze clinched their third regional crown.

Kigwari who has been at the helm of Kwanthanze since 2010 opined that Rwanda’s game could be on downward spiral following the departure of decorated volleyball coach Paul Bitok who left the tiny East Africa nation to take over as Malkia Strikers head coach after an illustrious 10-year coaching stint in the hilly Rwanda.

“I was surprised because in 2017 we played them (St. Alloys) in the finals and last year we met in the semis and their game was good but I think Bitok had good structures hence their rise and since he is back in Kenya we will continue to rule,” he told Citizen Digital after their opening match.

Kwanthanze will face Tanzania’s Mkalapa on Monday morning in their second preliminary matches.

In volleyball boys, Mogonga hit Milambo from Tanzania 3-0 (25-19, 25-17, and 25-18) to inch closer to quarter finals. This was the second win for the newcomers after registering a straight sets win against Mbogo Mixed of Uganda on Saturday.

In football boys, newcomers Dagoretti were held to a 1-1 draw by Ruwuiko from Tanzania in their opening match.

The national runners up went ahead in the eighth minute through Paul Odhiambo but when their defence leaked when it should have stood the test of time conceding – Neva Kaboma equalising with 25 minutes left on the clock.

The Joseph Makhoha coached side will meet serial winners St. Mary’s Kitende on Tuesday in their second Pool C match.

The national runners up hit their fellow Kenyans Kangaru 35-5 to continue with their perfect start after winning 60-0 against Ntare of Uganda yesterday.

Dagoretti, known as Ditchez in street lingo will face off with four-time champions Kakamega on Monday. Kakamega defeated Kangaru 46-0 in their opening fixture on Monday.