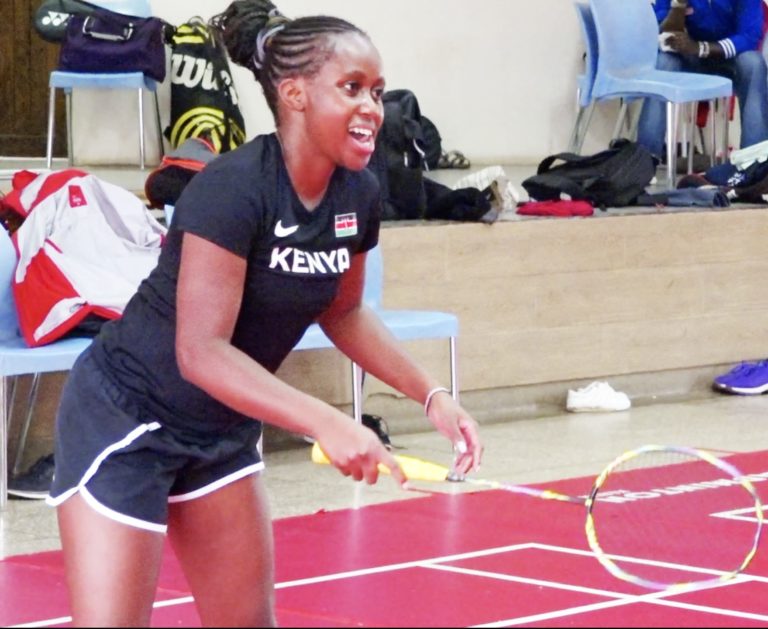 The Kenya national badminton team will start the journey to qualifying for the 2022 Commonwealth games in Uganda, when they take part in the Uganda International tournament later this month.

The Kenya badminton Federation held two competitions since January 2021 to pick out the players to do duty in Kampala. The competitions were the open national tournament as well as the national trials where top players were tested and pushed to the limit. This helped the coaches to gauge their fitness levels.

An elated Kenya Badminton Federation chairman Peter Muchiri said “the biggest improvement is that we are now playing on rubber mats and this is the first time that the national team is preparing on these mats. We have also shifted to feather shuttle corks as opposed to the plastic shuttle corks the players were using. The players are now getting used to them.”

Muchiri added that they’re expecting to perform better than in the previous editions of the Uganda international tournament. The Federation is taking 18 players to Uganda, 14 on government sponsorship and four being sponsored by well-wishers. The four are upcoming players seen as the future stars.

The target in Uganda for the 14 players is at least a semi finals appearance in all categories. Unfortunately, the men’s doubles in which Kenya won a medal in the last edition has been cancelled. However, four disciplines remain including the men singles, the women singles, the women doubles and the mixed doubles.

The Uganda tournament is important as it is the first tournament towards qualification for the Commonwealth Games in Birmingham in 2022. It is one of the main tournaments that the Kenya Badminton Federation is hoping to enter players in 2021.

There are nine tournaments needed to gather points for the commonwealth games qualification. Interestingly, this is the first time that’s players are going to Uganda as a national team.

“Previously players have sponsored themselves to go to Uganda with no targets. But this time around there are clear targets set by the Federation and every tournament that we participate in, every game that we play, Kenya will earn points. We have to be in the top 14 among the commonwealth countries for us to qualify, and we have a very good chance to be top four in Africa,” say the chairman.

“At the end of it all, we will now get to see who are the top ladies in the singles and these are the ones who will qualify for the Olympic games,” added Muchiri.

Mercy’s preparations have been going well especially with the support from the Olympic solidarity fund. “The funding has really helped” says Mercy. “Again, I am now able to pay fully for my membership for example for the club (at Sikh Union) and not worry about it, and I’m also able to pay for the gym and the gym instructors, so it has really changed a lot when it comes to my training and traveling as well.”

support for the Badminton Federation has come from the National Olympic Committee of Kenya and the government of Kenya. NOC-K procured rubber mats for the badminton team. They previously trade trained on hard surfaces.

“I have seen that Olympic committee has actually got very big sponsors in Kenya charity Sweepstake to help Olympic teams qualify for the Olympic games. So I think we need the support to be extended to the federations. We have players with very great potential in the federations who can do much better given the supports,” said the chairman.

According to team captain John Wanyoike, the Uganda international tournament comes at the right time since the players have been idle for almost a year.

“Our target is not just winning. We are eyeing on qualifying for the commonwealth games for the first time as a team of 10 players.”

For the first time again, the Kenya badminton Federation Has appointed three coaches for a period of three years. The head coach is John Odhiambo assisted by Martin Kanyange and Alfred Muthomi. The coaches say the players are in good shape, but the only challenge could be the preparation time for the tournament.

“The training time is so so shorts. We have like a week and some days, but basically we need a minimum of four weeks to prepare for such a tournament,” said head coach Odhiambo.

The players were used to plastic shuttles and the switch to the feather shuttles might take some time for them to get used to. The coaches are now working on accuracy and power. The rest is psychological to make the players mentally strong ahead of the Uganda tournament.