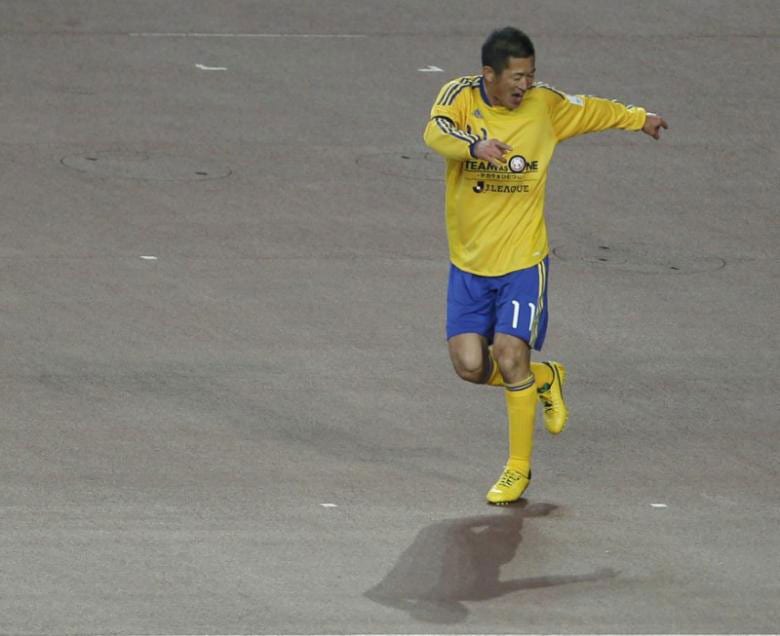 Japanese striker Kazuyoshi Miura will extend one of soccer’s longest professional careers by 12 months after the 49-year-old agreed a new deal with second division Yokohama FC on Wednesday.

Miura, who scored 55 goals in 89 appearances for Japan prior to his international retirement in 2000, is set for his 32nd season as a professional.

“I hope to keep fighting with all my might together with people involved with the club, my team mates and supporters who have always given me support,” said Miura, who turns 50 on February 26.

Fondly dubbed ‘King Kazu’, Miura not only broke his own record as the oldest scorer in Japanese professional football in June but also the record of the oldest player to appear in the Emperor’s Cup soccer tournament in September.

Miura, who scored twice in 20 league appearance last year, has played for several clubs in Japan and also enjoyed a spell with Brazil’s Santos.