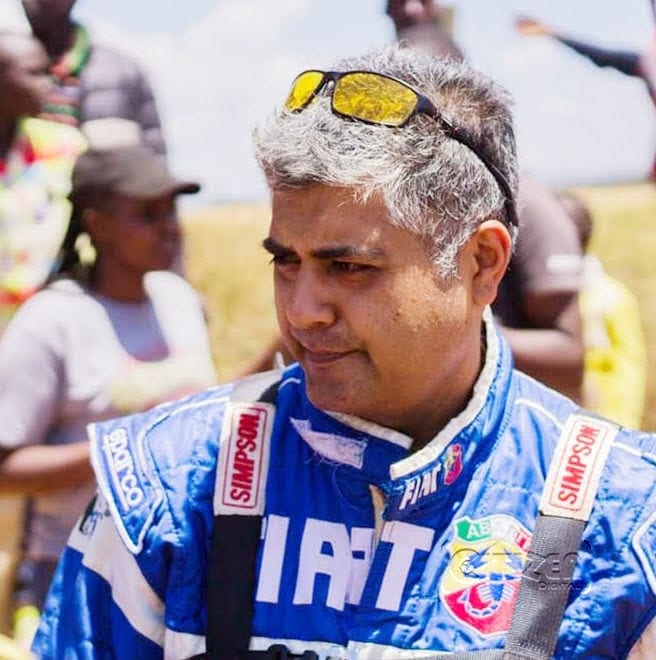 Iceman, as he is amiably referred to as in racing circles, is no doubt one of the few local drivers to have won the most KNRC category titles having already taken some impressive scalps in the 2WD twice in 2007 and 2009, Division 1 in 2015, Division 3 in 2013, Group S in 2011 and Group N in an Evo X following the cancellation of the 2019 KCB Guru Nanak Rally.

Iceman is remembered for his flashes of brilliance in an ex work Toyota Celica GT4 which won the Group S Class for cars.

What’s now remaining on his growing list of KNRC category titles is the Classic Car Cup and KNRC Division Two, then of course the long-awaited KNRC win and ultimately the coveted KNRC overall title.

Jasmeet savoured a KNRC podium in 2014 when he returned third overall during the Kenya Motor Sports Club (KMSC) organised round in Machakos.

Iceman who teams up his brother Ravi Chana attributes his slow but assured march (to the fairy tale fete) to lack of sponsorship.

“I may not achieve the intended KNRC clean sweep but will have surely left a lasting impression on the Kenyan rallying scene what with the insatiable appetite for success” he remarked.

“I started my racing career in Two Wheel in 2007 and 12years down the line I pride myself to be a member of the elite KNRC Premier Class league which is by and large the group of top ranking KNRC speedsters. I got promoted to the Premier Class this year and I can candidly confirm it’s not a comfort zone with a low budget.”

To achieve his classic dream, Jasmeet is currently working on an ambitious Classic Car project where he is building a similar Datsun HA10 machine his dad rallied on back in the day. “I plan to do the Mini Classic so gradually we will rewrite history books. The more the titles the merrier. I can’t wait for 2020.”

Jasmeet may not graduate to sit around the same dining table with the likes of Boldy and Flash, but he surely must have overgrown eating from the crumbs.

“it’s always a steep learning curve rallying with the creme de la creme. The speeds of KNRC frontrunners are out of this world, and I would honestly appreciate Tapio’s input, he made us want to always drive on the limit.  I have sat with him severally in training sessions and I must admit I grasped immense cockpit wizzadry from his expertise.”

The desire to do achieve new limits makes CRS team of Jasmeet and Ravi Chana return to race weekends. “This year has been hard though. We didn’t finish two rallies. Nakuru we suffured gearbox failure and Nanyuki turbo gremlins. Safari was a problem to finish because in the last stage we lost power steering and 4WD, so we struggled but managed to pull through after the extremely dusty Kedong. Meru, after a very long time, we drove on a very wet surface from start to end. Eldoret was extremely wet.”

Jasmeet is being sponsored by Identisys, a leading card solution firm.