Havertz steps up for Chelsea in Everton win 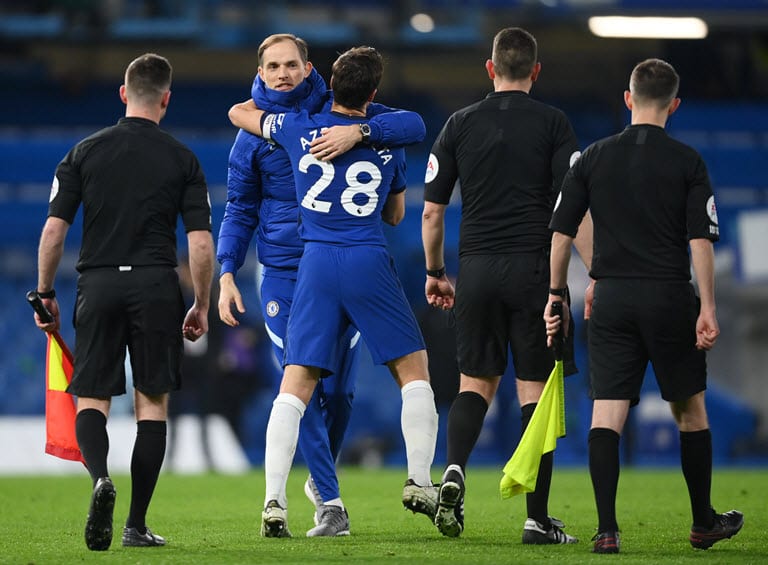 His shot was turned in for an own goal by Ben Godfrey for the opener before the Germany international won a penalty, which Jorginho converted, to maintain Tuchel’s unbeaten record as Chelsea boss.

Havertz, 21, moved to London in a £71m transfer from Bayer Leverkusen in September but has only scored one Premier League goal and was making his first start since 27 January.

“I am very pleased with Kai. It was the trust we gave him and he used that trust,” said Tuchel, who has not lost in 11 games in charge since replacing the sacked Frank Lampard in January.

“He has all the ability to be a dominant figure in [attack] and he stepped up.

“He showed up between the lines to accelerate our game, increase the touches in the box, be responsible for assists and through-balls, and take responsibility to finish himself.

“There is no doubt about his quality, his talent and his character.”

Havertz also had a goal disallowed for a handball and Everton goalkeeper Jordan Pickford, who had conceded the penalty, made a number of saves to deny Chelsea a bigger winning margin.

Tuchel’s side remain fourth and in the last Champions League qualifying spot. With 10 league games of the season left, they are now only three points behind third-placed Leicester and four adrift of Manchester United in second.

Chelsea are two points ahead of West Ham, although the Hammers, up to fifth and above Everton following a 2-0 win over Leeds, have a game in hand.

Chelsea have played in the Champions League in 15 of the past 17 campaigns, but were ninth in the Premier League, and five points off the top four, when they sacked Lampard in January.

Tuchel has transformed their fortunes. This victory means they have won six and drawn three of his nine league matches in charge, as well as winning games in the FA Cup and Champions League.

The German, who guided Paris St-Germain to the Champions League final in 2019-20, made five changes from the side that won 1-0 at Liverpool on Thursday and saw his team dominate possession.

Jorginho twice volleyed wide from outside the area before they went ahead on 31 minutes.

Alonso fired in a low cross from the left and Havertz flicked the ball on, but it took a big deflection off Godfrey to leave Pickford with no chance.

Havertz thought he had scored only his second Premier League goal when he collected Callum Hudson-Odoi’s chipped pass and fired past Pickford early in the second half.

However, the goal was ruled out as referee David Coote judged the German had handled the ball, with video assistant referee Michael Oliver confirming the on-field decision.

But it became 2-0 soon after when Jorginho scored his seventh goal of the season with a calmly taken penalty as Chelsea completed a routine win.