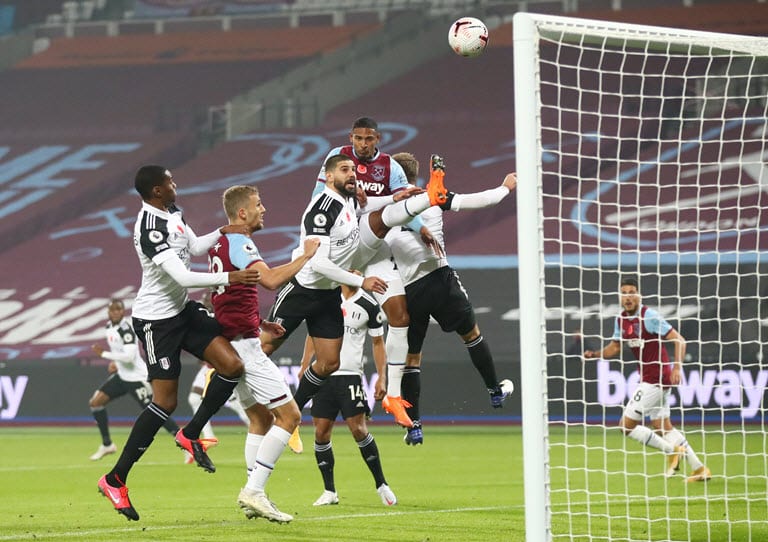 Sebastien Haller’s superb strike consigned winless Sheffield United to another Premier League defeat  losing 1-0as West Ham moved into the top half of the table.

The Blades, who have lost eight of their nine fixtures this term, stay bottom of the table while West Ham climb to eighth.

Chris Wilder’s side had started brightly and created several early openings but the Hammers took control as the hosts faded as an attacking force.

Vladimir Coufal and Tomas Soucek both had opportunities to score before Haller’s powerful 20-yard drive found the top-right corner.

Declan Rice then headed against the crossbar as the visitors sought to press home their advantage.

Sheffield United did rally, with Oli McBurnie seeing a left-foot effort cannon back off the crossbar, but they are still yet to score in open play at Bramall Lane this season.

With a solitary point on the board, Sheffield United began this contest with the joint-lowest points tally at this stage of a Premier League season and without a victory since 11 July.

However, while aspects of this performance will have pleased manager Wilder, they again came down on the wrong side of a tight contest.

Six of the Blades’ eight defeats this season have been by a margin of one goal and on another occasion they might have been a couple of goals ahead before West Ham hit their stride.

John Egan’s searching pass provided George Baldock with a third-minute chance to open the scoring but the full-back was unable to beat Hammers keeper Lukasz Fabianski at the near post.

Fabianski then parried McBurnie’s rising half volley to safety during a forceful start by the Blades.

But after failing to unlock the door their two main failings – a lack of goals and an inability keep a clean sheet – proved the difference again.

While there were signs that they are beginning to cope without the injured and influential Jack O’Connell in their defence – restricting the Hammers to just three shots on target – they were punished for a momentary lapse of concentration that allowed Haller the freedom to get his shot away under little pressure.