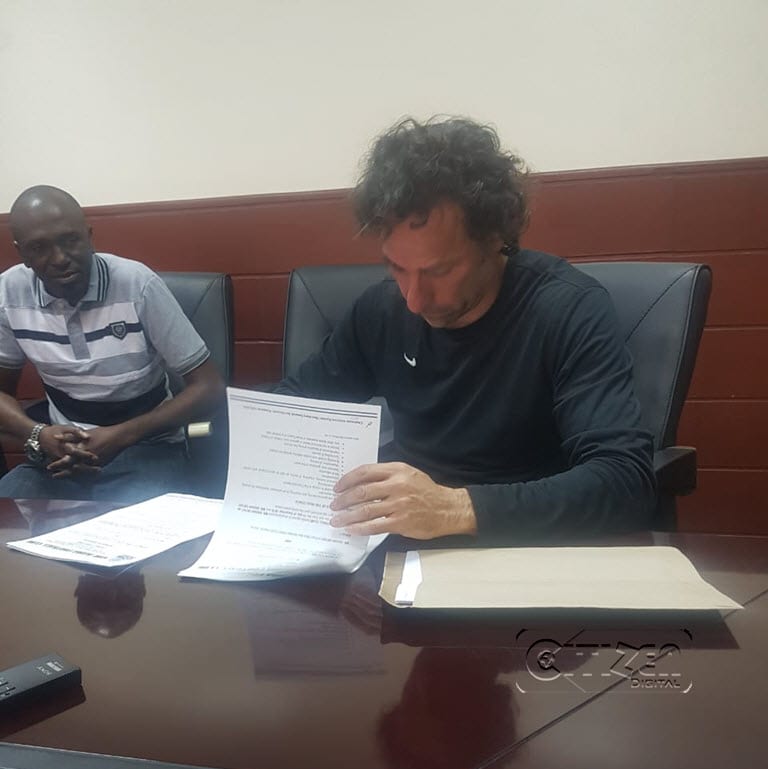 Oktay penned the deal on Monday evening putting to rest the swirling speculation on who would be handed the job.

Oktay was in charge of the second leg win against Nyasa on post match penalties, having arrived just few days to the Malawi sojourn before leading Gor the Bandari defeat.

Meanwhile, the club’s  Chief Executive Officer (CEO) Ludovick Aduda has told off critics who are on the necks of the club officials, after the Kenyan Premier League (KPL) champions started on a wrong foot losing to hosts Bandari 2-1 on Saturday.

The Mbaraki Sports Club loss was not just the first in the 2018/2019 season, as Gor was beaten by Kariobangi Sharks in the Super Cup (KPL season curtain raiser) a week earlier.

The uninspiring performance in their preliminary Caf -Champions League matches against Malawi’s Nyasa Big Bullets did not help calm their ever demanding fans, who albeit the first round progress, wanted a more beautiful show.

The simmering heat of the slow start has however been compounded with the letting go of immediate former coach Dylan Kerr and some senior players, a section of the fans feeling the leadership should have done better to keep their finest.

However, Aduda has called for calm saying K’Ogalo has not been shaken yet, underscoring a season cannot be summarised with two matches.

“We have not done badly. Losing to Bandari does not mean we have are not the champions, or we cannot defend our title. This is just a match of the 34 set for the KPL this season.

“We lost here (at the Mbaraki) last season but we still won the league. In fact, on a good day Gor would have beaten Bandari, because the goals we conceded were out of unusual simple mistakes. We played better than them (Bandari) in the big part of the match but we accept it was their day. That does not stop us from rising strongly,” charged Aduda.

Notably, it was the dockers who ended Gor’s almost full season unbeaten run in the 2018 season and went on to finish second on the log. And, with the organisation in the coastal based club, K’Ogalo faithfuls feel it is not too early to start raking in results if such competitors are to be dominated.

On continental front, the CEO notes Gor is marching on well dismissing claims of poor show against Nyasa.

“Last season we started off in a similar way, narrowly dispatching Leone Vegetarianos of Equatorial Guinea before exiting in the hands of eventual champions Esperance, whom we drew at home and lost by a goal in Tunisia. After being relegated to the CAF Cup we overcame South Africa’s Supersport United and we were into the group stage. That is not far from being achieved or surpassed, as we are firmly in the competition,” explained unbowed Aduda.

Gor next faces an acid test in unfamiliar Lobi Stars of Nigeria in the Champions League this weekend, the former having eliminated Cameroon’s USM de Loum in the preliminaries.

Next in KPL will be Zoo Kericho, who lost 0-1 to Nzoia Sugar in their opener, with the matches set to direct the billowing clouds of blame and defense into either settling mode or, more momentum.