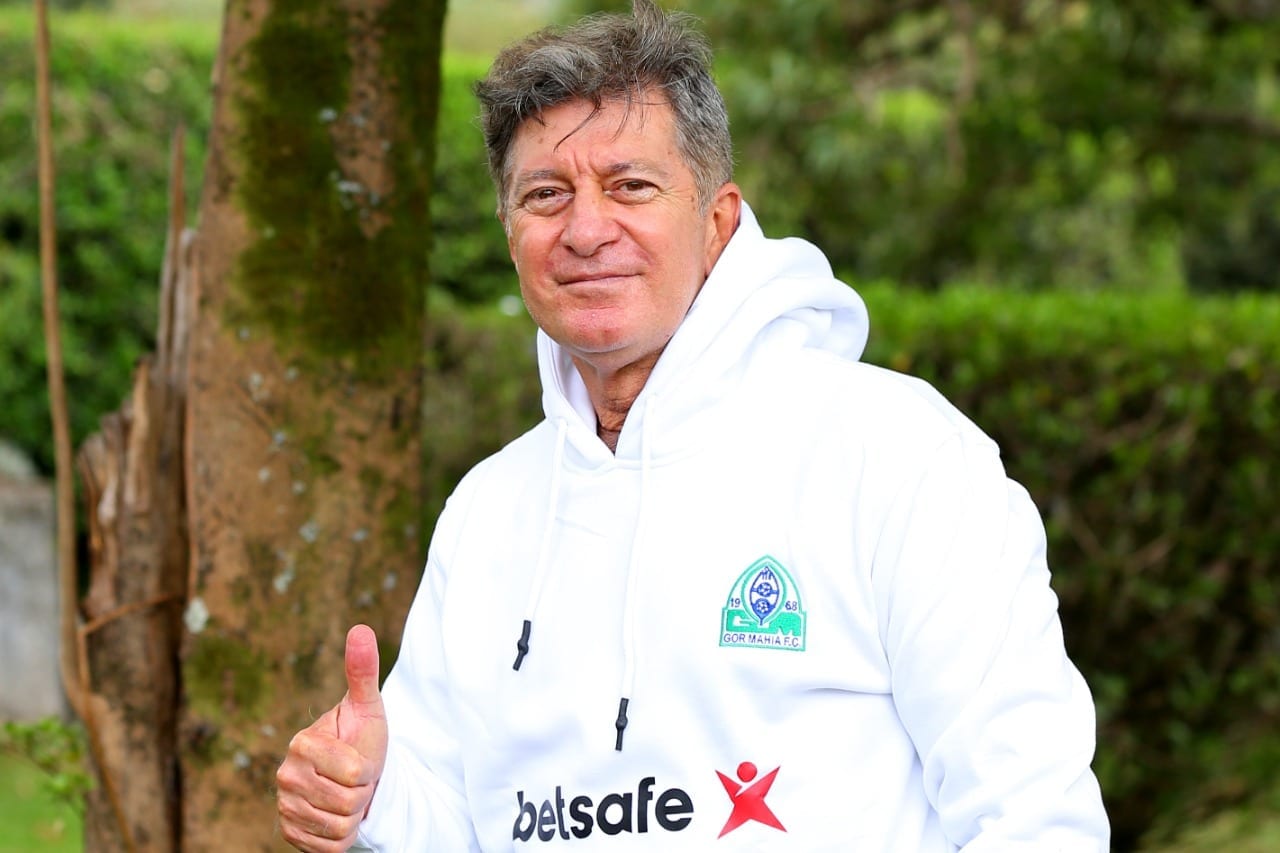 Just a day after Gor Mahia hierarchy introduced their new Brazilian coach Roberto Oliveira Goncalves to the playing unit, the club now says they have tasked the tactician to fulfill one goal: conquer Africa!

In this brief, the club bosses want the 60-year old to either win the much-awaited Caf Champions League or the Caf Confederations Cup – heroics that have proved hard to replicate ever since the club bagged the Nelson Mandela Cup in 1987.

The Competition has since been renamed the Caf Confederations Cup but K’Ogalo have proved lightweight on this front, in recent years.

‘’The coach has only one obligation: winning the Caf Champions League. We have told him to play his cards well and bring home the coveted continental trophy,’’ said Ochola.

According to Ocholla, winning the league is not ‘’a big deal to them’’ even though they have also tasked the coach to ensure they win the local competition.

Ochola argues that with the quality of players they have recruited; they are capable of ‘’doing wonders’’ this term.

“The players we have are capable of forming two teams which can face any side. The coach will need time to know his players and ensure we get all the trophies even though our priority is the continental title,” he explained.

In a separate interview, the former Rayon Sports coach claimed he had received calls from a host of African teams requesting for his services but opted for Gor Mahia having faced the Kenyan giants in the last Caf Confederations Cup at Kasarani while at Rayon Sports and managed to deny K’Ógalo the quarter finals slot beating them 2-1 before a stunned home crowd.

Gor have been unable to retain their core squad; key players leaving at the end of every season and it remains to be seen if they’ll mount a noteworthy campaign on the continent let alone challenge for the coveted gong.

This term they’ve lost a defensive stalwart in Joash Onyango who found pastures green in the Tanzanian capital penning a deal with powerhouse Simba SC.