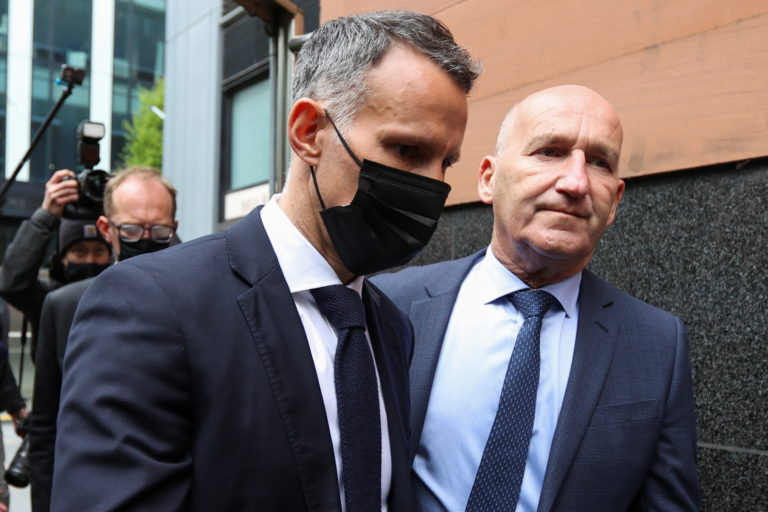 Former Manchester United soccer player and Wales national team manager Ryan Giggs was released on bail on Wednesday after pleading not guilty to charges of assaulting his ex-girlfriend and her sister.

The 47-year-old was charged last week with causing actual bodily harm to former partner Kate Greville and beating her younger sister Emma. He also faces one count of coercive and controlling behaviour. After he entered his plea, the case was sent to Manchester Crown Court to be heard on May 26.

The court heard the prosecutor read out a summary of charges including that he struck Kate Greville with a “deliberate headbutt”.

“There was fear of violence on many occasions,” the prosecution added, saying Giggs had subjected his partner to “degrading treatment” and isolation from friends and colleagues.

Wearing a dark suit and tie and standing behind a glass screen, the former player gave his name, address and date of birth before answering not guilty to the charges in a 13-minute hearing.

He was released on bail on condition that he has no contact with either sister and does not go to any address where he believes they might be.

Giggs, who has said he looks forward to clearing his name, was first arrested in the case and released on bail in November. He has been replaced as Wales manager for this summer’s Euro 2020 tournament.

The appearance at Manchester and Salford Magistrates’ Court was his first in the case and attracted a large media presence outside, with reporters also following the hearing on a video link.