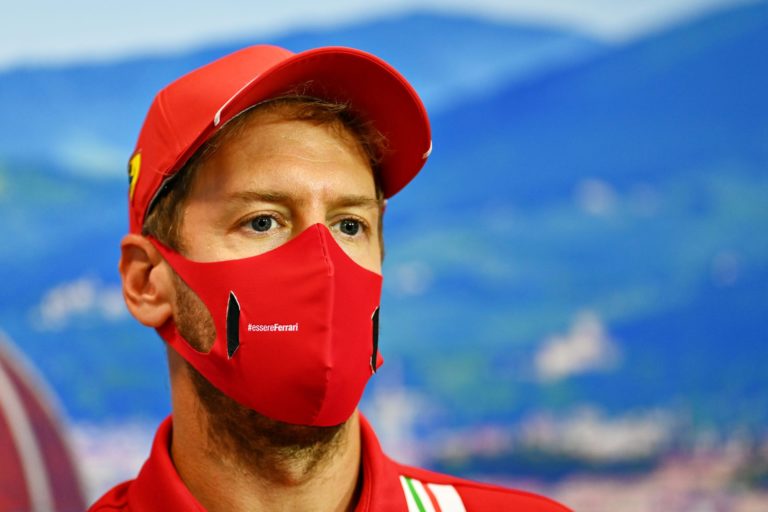 Formula One needed Sebastian Vettel to stay and Racing Point, who become Aston Martin F1 next season, made a smart move in signing him, according to six times world champion Lewis Hamilton.

The 35-year-old Briton said at the Tuscan Grand Prix on Thursday that Vettel’s move from Ferrari to the Silverstone-based team, announced earlier, was exciting for the sport.

“It’s quite a big shift from Ferrari to an up-and-coming team,” Hamilton told Sky Sports television at the Mugello circuit.

“But I think Formula One really needs to keep the great driver that he is in the sport so I’m really happy that he’s continuing and not stopping.

“I’m just really happy for him because it’s not been the easiest of journeys at Ferrari, and I think he’ll learn so much from there.”

Racing Point have said four times world champion Vettel will drive for them in 2021 and beyond, replacing Mexican Sergio Perez.

Vettel, 33, told reporters he had come close to retiring before signing the deal.

His staying means the sport will have three multiple world champions still racing, with Spain’s double champion Fernando Alonso returning after two seasons out to drive for Renault, who will be renamed Alpine F1.

“I think it’s one of the smartest moves that Aston Martin could do and I’m excited to see what he contributes and how he helps progress that team forward,” said Hamilton.

The Briton, who leads team mate Valtteri Bottas in the championship by 47 points after eight races, said experience counted for a lot.