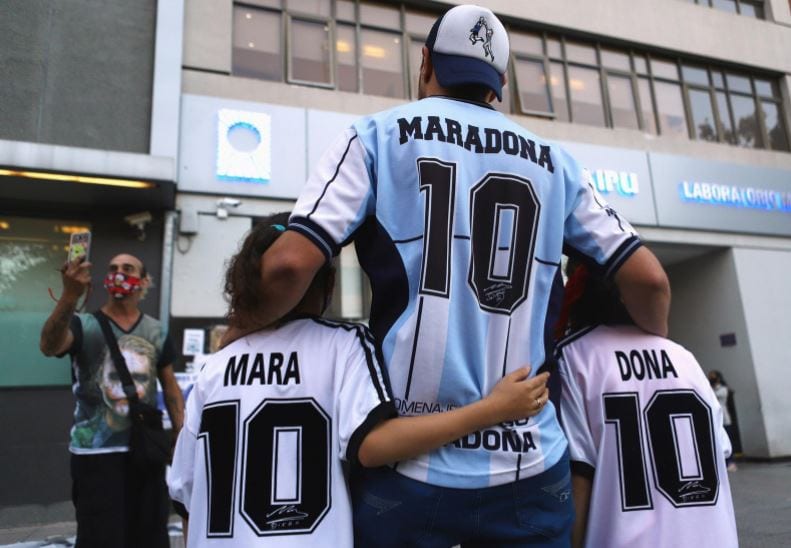 Diego Maradona has died after suffering a cardiac arrest, according to reports in his native Argentina.

The former Argentina attacking midfielder and manager had successful surgery on a brain blood clot earlier in November.

It was then announced he was to be treated for alcohol dependency.

Here are some facts about Maradona:

* The fifth of eight children of a factory worker, Maradona was born on October 30, 1960, in a shantytown on the outskirts of Buenos Aires. He made his debut with the first-division football club Argentinos Juniors in 1976, days before turning 16.

* He led Argentina’s Boca Juniors to the league championship in 1982 and was transferred to Spain’s Barcelona for a record Sh325 million. He moved to Italy’s Napoli in 1984 and carried it to its only two championships in 1987 and 1990.

* Heralded as football’s leading player, Maradona scored the epic “Hand of God” goal as Argentina defeated England 2-1 in the 1986 World Cup quarterfinals and led Argentina’s 3-2 victory over Germany in the World Cup final.

* In 1991, he failed a doping test in Italy and was suspended for 15 months. He was also investigated over alleged Mafia ties and later arrested in Argentina for cocaine possession. He tested positive for drug use during the 1994 World Cup and was suspended from the tournament. He came back with Boca Juniors in 1995, but failed another drug test two years later before retiring.

* In 2000, Maradona was hospitalized in Uruguay with heart problems and tests revealed cocaine use. He underwent drug rehabilitation in Cuba. Appearing overweight, Maradona spent 10 days in 2004 in intensive care in Argentina with heart and breathing problems. He was confined to a psychiatric hospital, then returned to Cuba for more treatment.

* Slimmer after a stomach-stapling operation, Maradona launched a successful TV talk show in Argentina in 2005 that lasted for one season.