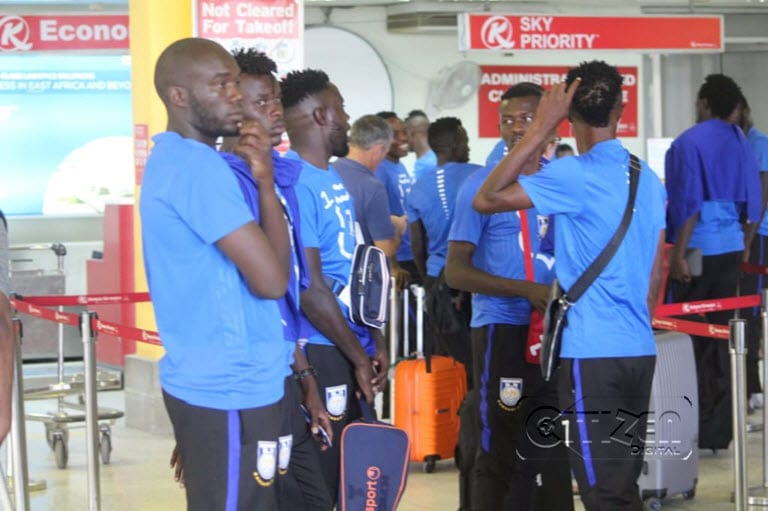 Bandari FC  jetted out for Conakry, Guinea Wednesday afternoon from the Mombasa International Airport  hopeful of a good show when they trade swords with Horoya FC in the Caf Confederations Cup first leg playoff tie.

The squad of 20 led by coach Bernard Mwalala flew out at 1300hrs ahead of the clash primed for this Sunday.

Mwalala elected to tag along two goalkeepers in Wanyika Michael and Mustapha Oduor while there was also room for David King’atua, Shaban Kenga and danger men Yema Mwana and William Wadri

The FKF Shield holders were paired with the Guinean football giants in the Caf Confederation Cup playoffs following the draw held in Cairo, Egypt a fortnight ago.

The Dockers will be chasing for a win to have a healthy chance of advancing to the money-minting group stage.