Exhibition will be real thing, say Tyson and Jones Jr. 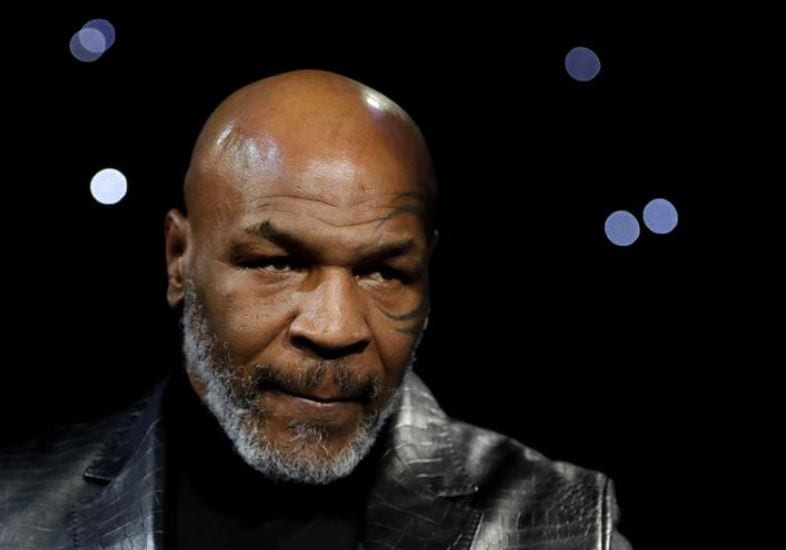 A charity bout between former champions Mike Tyson and Roy Jones Jr. next month is being billed as an exhibition but both boxers described it as war on Thursday, promising to hold nothing back even if they have to fight under women’s rules.

The boxing greats, now into their 50s and well past their primes, will return to the ring at the Staples Center in Los Angeles as the main event on a Nov. 28 card that will also have YouTube celebrity Jake Paul (1-0) taking on former-NBA dunk champion Nate Robinson on his professional debut.

On their resumes, Tyson, the first heavyweight to hold the WBA, WBC and IBF titles, and Jones Jr., who simultaneously held a record seven belts, would be a mouthwatering spectacle.

Still both boxers, as well versed in the art of promotion as the sweet science, did their best to drum up interest in the pay-per-view event, making it clear they are preparing to fight not spar.

“I’m ready to do this and I’m feeling great. We’re ready to go to war.”

The exhibition will be dressed up as the real thing with the bout overseen by the California State Athletic Commission and scored by a panel of three champions using the WBC’s remote scoring program.

The winner will take ownership of the “Frontline championship belt”.

“I am preparing like I prepare for any other fight because I am fighting the great Mike Tyson, how can you not prepare for that,” said Jones Jr.

“Who goes into the ring with the great legendary Mike Tyson and thinks, alright this is an exhibition.”

The only thing that really seemed to get under the skin of both men was the fact they are being made to box under women’s rules with two-minute rounds for the eight-round fight.

“I’m not happy at all, that’s for women,” fumed Jones Jr. “We’re not women, we are two of the best to ever do it so why we got to do two-minute rounds?”

Jones Jr. said getting in the ring with Tyson allowed him to tick an item off his boxing bucket list.

For his opponent, the charity bout has much greater purpose.

“Mike Tyson is preparing to meet God eventually and before he does he has things he wants to accomplish and this exhibition is one of them,” he said.