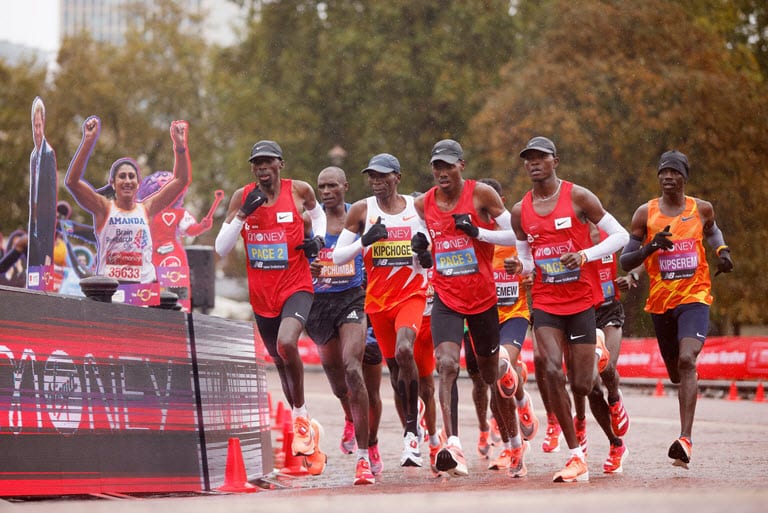 World record holder Eliud Kipchoge was beaten in the London Marathon as Shura Kitata won a thrilling sprint finish to claim an unexpected victory, ending the dominance of the Kenyan on the course.

Four-time winner Kipchoge was the favourite, but fell behind with two laps to go and finished eighth.

Kitata pushed ahead of Kenya’s Vincent Kipchumba on the home straight to finish in two hours five minutes and 41 seconds.

In a post race interview, Kipchoge said he had a problem with his year but said he still has more gas and would compete in future races.

“Absolutely, still more marathons for me,” he said when asked of his future.

Kosgei, 26, went clear of world champion Ruth Chepngetich after mile 18 and finished in 2:18.58, three minutes and three seconds ahead of American Sara Hall.

She was almost five minutes outside her world record set in Chicago last year.

“We have not prepared well due to the pandemic. I will be prepared for good results next year.”

The London Marathon, rescheduled from its traditional April date because of the coronavirus pandemic, is taking place for elite runners only over 19 laps around St James’s Park.