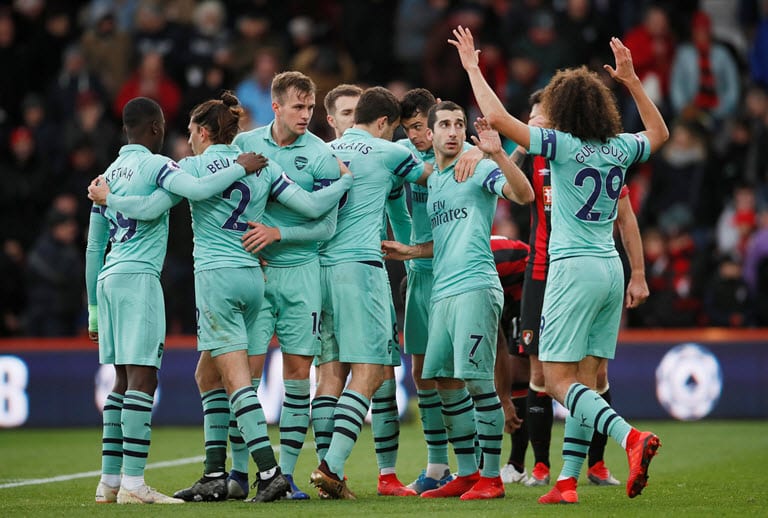 Arsenal manager Unai Emery said he still expects more from his team despite extending their unbeaten run in all competitions to 17 games with victory at Bournemouth.

After embarking on a 10-game winning run earlier in the season, Arsenal had drawn four of their past five games going into Sunday’s match at the Vitality Stadium.

But Jefferson Lerma’s own goal and Pierre-Emerick Aubameyang’s eighth strike of the season secured their fourth Premier League away win of the campaign – equalling their tally for the whole of last season – and moved them to within one point of the top four.

“We’ve not lost for 17 matches but we’ve drawn some and that is not enough for us,” said Emery. “We spoke in the week about how important today was.

“We are happy and before the match we knew it would be a difficult match and that we needed to win today to be near the top four. Bournemouth were four points behind us and could have been near our position with a win.”

After beginning the weekend in sixth, Bournemouth drop two places to eighth and have now lost their past three league matches. 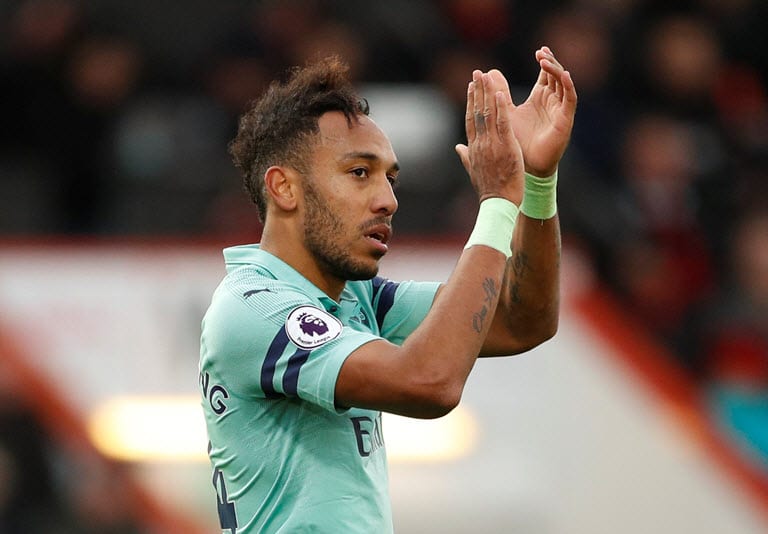 Cherries boss Eddie Howe felt key moments went against his side, particularly when David Brooks saw his early strike disallowed for offside and Lerma hit the post late on.

“We’re disappointed with the result – we felt we were very much in that game, but we were on the wrong end of some decisions,” said Howe. “I’ve not seen it, but I’m told the David Brooks [disallowed] goal was onside and the luck was just missing for us – such as Jefferson Lerma’s shot hitting the post.

“My players gave everything. We started the game brightly and Arsenal came back into it, but you won’t see something like their first goal again. Jefferson stuck his leg out and it went in – that was the sort of luck which went against us.”

That run of dropping points in four of their past five games had reduced some of the excitement generated during the early weeks of manager Emery’s reign.

But this impressive performance, against a side which began the day just four points behind the Gunners, will raise hopes among supporters that they can sustain a top-four challenge this season.

With Alexandre Lacazette ruled out with a groin injury, Emery switched formation to a back three, with Aubameyang the lone striker.

The Gabon international responded by netting again and moving to the top of the Premier League scoring charts alongside Manchester City striker Sergio Aguero.

To further highlight his importance to the side, Aubameyang has now been directly involved in 23 goals in 26 league appearances since joining Arsenal from Borussia Dortmund in January.

The 29-year-old was ably supported on this occasion by Alex Iwobi and Henrikh Mkhitaryan, with 14 of the Gunners’ 20 shots at goal coming from those three players.

The formation change also allowed Sead Kolasinac to be a constant threat down the Arsenal left, with the Bosnia-Herzegovina international having a hand in both goals.