Sports is like theatre; a production. Having played the role of the villain perfectly in the two previous editions, the Harambee Stars team now had it all to do to cement their status as the greatest CECAFA team of all time—this time at home in 1983.

Kenyan fans crammed into the newly built Nyayo Stadium to see their heroes in flesh. “We were happy to finally be playing in front of our own fans,” Bobby Ogolla states. “Rival fans can be very hostile.”

As if by design, Kenya found themselves in the group death with Uganda, Tanzania, Ethiopia and Sudan all baying for their blood.

But in keeping up with the two previous editions, the Kenyan juggernaut had gained pace and there was no stopping it.

“We were by then a very confident team. Our football was good and we felt unstoppable,” explains Mahmoud Abbas.

In their opener, Kenya came up against Uganda who were dispatched by two goals to one. In fact, that one goal Uganda scored would be the last time any team would find the net against Kenya during the 1983 tournament.

The win against Uganda was followed by a 2-0 victory against a strong Ethiopian side, a barren draw against Tanzania and a solitary goal win versus Sudan. It meant Kenya had guaranteed themselves a semi final date against The Flames of Malawi. 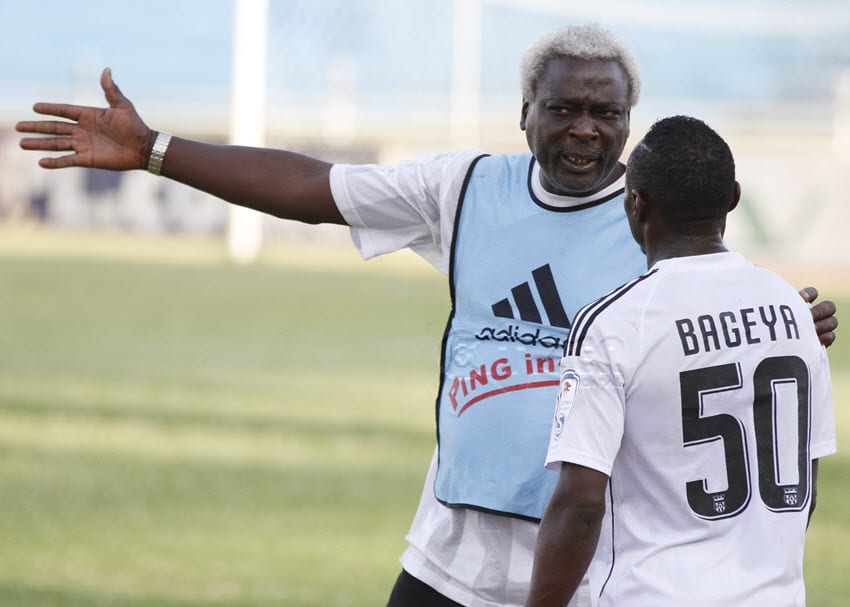 “The game against Malawi was one of my favorite games ever,” Ogolla reminisces. “We knew we intimidated other teams and we used that to our advantage.” Harambee Stars won that game by two goals. Another CECAFA final beckoned.

Many had hoped to see Kenya play in the final against one of their two East African rivals but perhaps still reeling from the humiliation at Kenyan hands, Uganda and Tanzania fell off early. Instead, it would be Zimbabwe who would have the impossible task of derailing Kenya’s destiny. There was also the added incentive of keeping the trophy for keeps by virtue of having won it three times in a row.

The national team did not disappoint. In front of an expectant crowd which included the then vice president, Mwai Kibaki, Harambee Stars edged Zimbabwe by a solitary goal scored by the legendary J.J Masiga to record their names in the annals of history.

To understand the magnitude of this era of dominance, Harambee Stars would not win another CECAFA tournament for fifteen years—a barren spell that would be ended by a fresh faced Dennis Oliech in 2002.

The modern era has seen the enthusiasm for the CECAFA tournament plummet. Mahmoud Abbas attributes this to a general disinterest and the death of the rivalry between Kenya, Uganda and Tanzania. “The rivalry is not what it was back in our days,” He explains. “The CECAFA tournament will not be the same until that rivalry makes a return.”

Bobby Ogolla slightly disagrees. He pins the drop in fanfare and excitement on a new generation of players and fans who do not understand the magnitude of the rivalry between East African countries.

“The rivalry between Kenya, Tanzania and Uganda will always be present. People just don’t understand how deep it goes anymore,” Ogolla laments.

Regardless, the stage will always be there for a new generation of footballers to bring back the glory days. For now however, we can only look back with nostalgia at what was the most awe-inspiring era of Kenyan football.