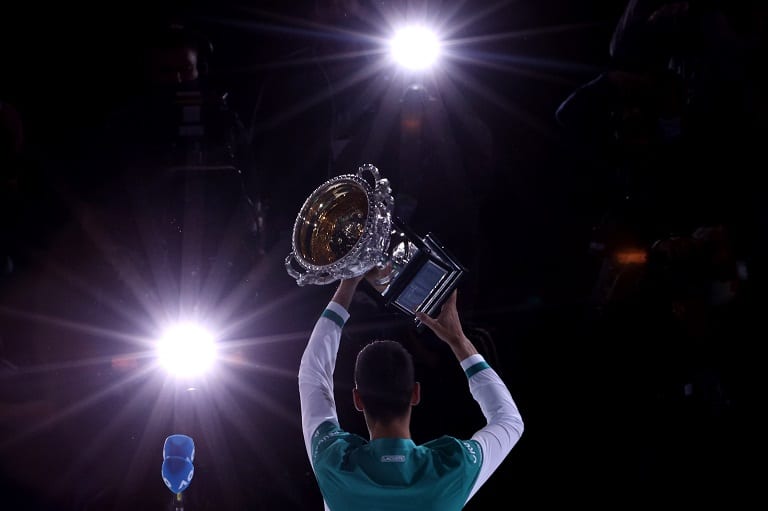 World number one Novak Djokovic has said he will return to the court at this month’s Miami Open having recuperated from a muscle tear suffered during his Australian Open title defence.

The 33-year-old Serbian suffered the injury during a third round match at Melbourne Park but that did not stop him from clinching a record-extending ninth Australian Open title and his 18th Grand Slam.

He will surpass Roger Federer’s all-time record for most weeks as ATP world number one on Monday, holding the top spot for the 311th week.

According to a partial schedule posted on his website www.novakdjokovic.com, Djokovic is entered for the ATP Masters 1000 event on the hardcourts in Miami from March 22-April 4. It is the first of three events he will play in before heading to Europe for the claycourt swing ahead of the French Open in end May.

From Miami, where he has won six titles, Djokovic will head to Monaco for the Monte-Carlo Masters, running from April 11-18, before returning home to Belgrade for the ATP 250 Serbia Open.

The Tour is returning to Belgrade for the first time since 2012, and the Serbia Open will be held at Djokovic’s tennis center from April 19-25.