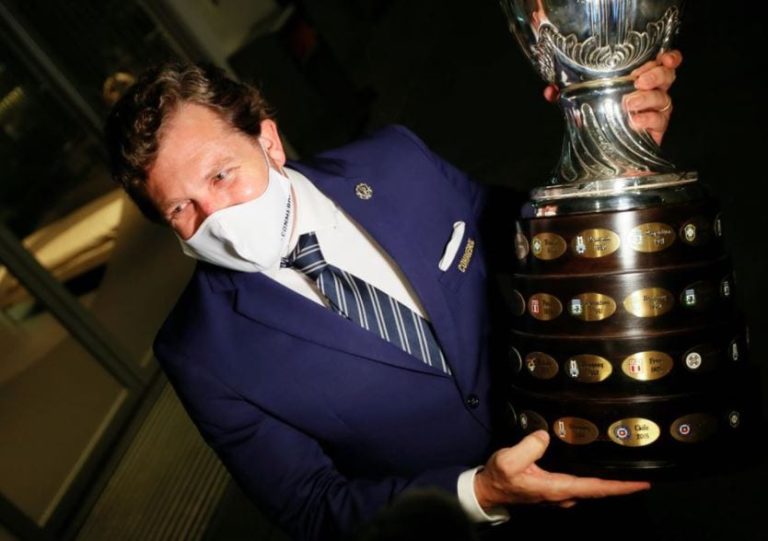 The South American Football Confederation (CONMEBOL) said on Sunday that Argentina would no longer host the Copa America, throwing the troubled tournament into doubt just 13 days before it was due to kick off.

The tournament, featuring 10 South American nations, had been due to be held in Argentina and Colombia between June 13 and July 10, the first time in its 105-year history with joint hosts.

However, Colombia was removed as co-host on May 20 after a wave of protests demanding social and economic change spread across the country and Argentina has now followed due to what CONMEBOL said was the “present circumstances”.

CONMEBOL did not disclose the nature of the circumstances that led to the decision but Argentina is currently experiencing a surge in COVID-19 cases.

“CONMEBOL is analysing offers from other countries that have shown interest in hosting the continental tournament,” it said in a short statement. “Updates will be announced soon.”

Officials from the organisation will meet on Monday to decide on the next steps for the tournament, which was held over from 2020 due to the pandemic.

Sunday’s stunning decision was announced shortly before 11 p.m. in Argentina at the end of a weekend in which opposition to the tournament grew both inside and outside the government.

Argentina saw COVID-19 cases grow quickly in May and prompted the government to mandate a strict new lockdown.

Thursday saw a record one-day number of new cases and the overall death toll had hit 76,693 by the weekend, according to data from the World Health Organisation.

Even some players who had returned to South America to prepare for the tournament expressed doubts, with Luis Suarez of Uruguay telling reporters on Friday, ”we have to give priority to the health of human beings”.

Gonzalo Belloso, CONMEBOL’s secretary general, said last week the organisation had spoken to Chilean officials with a view to perhaps hosting some matches there.

Organisers are reluctant to call the tournament off because of its importance financially. The last Copa America, held in Brazil in 2019, brought in $118 million and was the second biggest annual source of revenue after the Copa Libertadores, the equivalent of Europe’s Champions League.

This year each competing nation is to receive a minimum of $4 million, with the winner receiving an additional $10 million, CONMEBOL said.

CONMEBOL’s reputation has taken a battering in recent years, with the organisation forced to move the second leg of the 2018 Copa Libertadores final to Madrid due to fan violence in Buenos Aires.