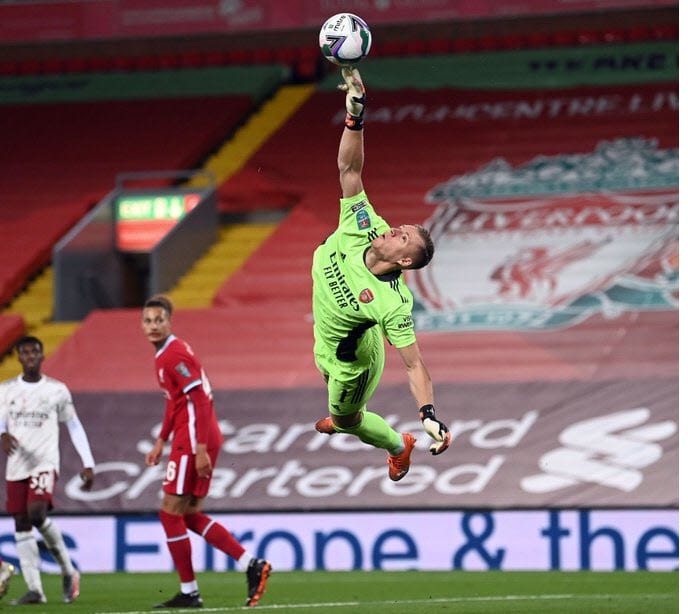 German shot stopper Bernd Leno starred between the sticks as Arsenal beat Liverpool 5-4 on penalties to reach the quarter-finals of the Carabao Cup after a 0-0 draw in 90 minutes.

Leno made daredevil saves in the second half before stopping two penalties – from substitute Divock Origi and Harry Wilson in the lotteries to fire the Gunners to the cup last eight.

Both sides struggled for fluency after making numerous changes from their Premier League meeting on Monday, but it was the Gunners who had few chances in the clash that prevailed.

Mohamed Elneny’s miss earlier in the shootout looked like it was going to be costly, but Arsenal’s German goalkeeper Leno, who had made several excellent stops in the match, retrieved the situation for the Gunners.