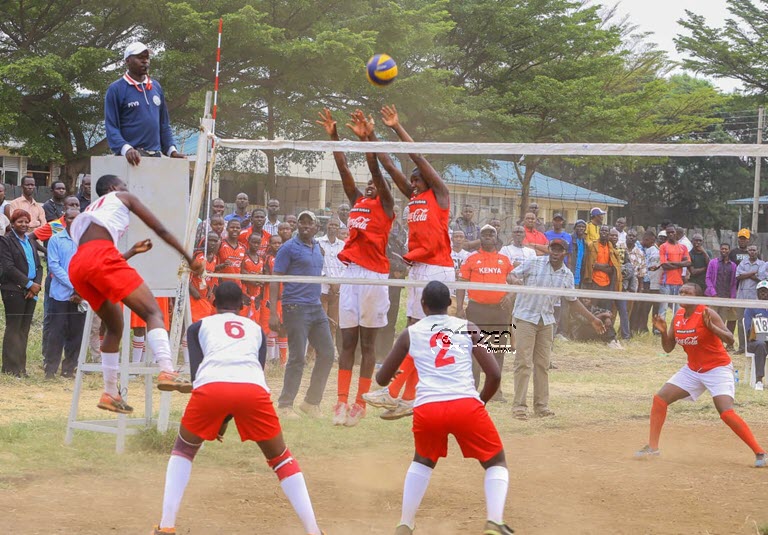 High School volleyball queens Kwanthanze Girls eased into the semi-finals of the National Games on Thursday when they spanked Central champions Pasenga as the competitions entered Day Three at Kisumu Boys in Kisumu.

The four-time national winners blew away their opponents in straight sets of 25-5,25-13 and 25-16 to set up a semis clash against Soweto, whom they defeated last year on their way to winning the East African championship.

Soweto finished runners up in the other group after winning 3-0 against Nyanza’s Sega in the final preliminary matches.

Soweto who lost their first match against Cheptil will be eyeing to settle accounts with the Machakos based team after they lost 3-0 to the latter in last year’s finals held in Eldoret.

The other last four tie has favourites Cheptil who will take on Pasenga with all the semis set serving off from 11am. Cheptil defeated Bishop Sulumeti to lead their group above Soweto.

Kwanthanze head coach Justin Kigwari said it will be a difficult match saying it will be anyone’s game.

“They will be aiming to revenge against us and I can promise it will be a big ‘war’ but I am confident we will cruise to the finals. My players are ready mentally,” he underscore.

However, with a possible Kwanthanze versus Cheptil final on Saturday, the latter’s head coach Ann Birgen ‘breathed fire’ saying her changes are ready to meet any one.

“I am underrating Soweto and Pasenga but I can predict a final against Kwanthanze and I am ready for it but first let’s think about the semis,” she underscored.

In boys’ contest, Mogonga will play Namwela while Nairobi’s Langata will confront Lalmwoko in the semi-finals.

Elsewhere, in Under-16 football boys, Western Champions Koyonzo defeated Goseta 1-0 to set up a Boys Town semi-final clash while Dagoretti plays Coast champions Serani in the other last four tie.

In girl’s category, 2016 champions Wiyeta of Rift valley will take on Kobala in the first semi final duel from 9am while Maeni from Western plays Njabini.

The winner of this year’s Under-16 football title will represent Kenya in the Copa Coca-Cola Africa Tournament to be held later this year.