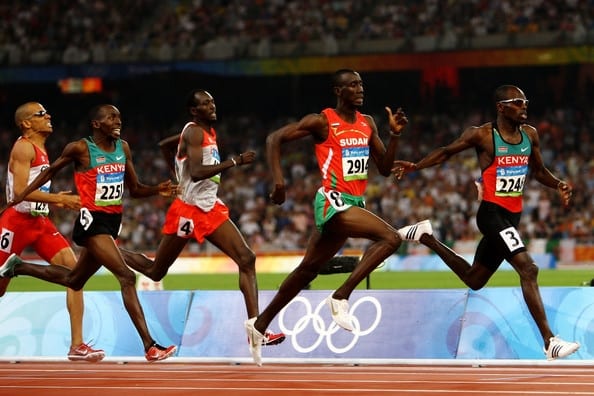 Newly crowned Athletics Kenya Coach of the Year Japhet Kemei has warned Kenyan long distance athletes against getting complacent following the departure of Great Britain’s Sir Mo Farah who has dominated the men’s 5,000m and 10,000m with the 2018 Commonwealth set to be held in Gold Coast, Australia.

The four-time Olympic champion who announced his shift from track events to marathon after this year’s World Championships held in London, Britain, had been a thorn in the flesh of Kenyan and Ethiopian athletes who were traditionally known for their prowess in long distance events .

Kenya men have not tasted an Olympic gold medal in the 10,000m since the 1968 Olympics when Naftali Temu emerged top in Mexico, and although former marathon record holder Paul Tergat came to life in late 1990s, the gold also evaded him as a tough battle ensued between him and Haile Gebreselassie of Ethiopia who in turn handed the button to his compatriot Kenenisa Bekele whose reign was brought down by Mo Farah.

Similarly, Kenya’s record in 5,000m has not been any better with Paul Ngugi being the last athlete to bring home gold in the 1988 Olympics held in Seoul, South Korea.

And with Farah now gone, Kemei is urging Kenyan athletes to up their game ahead of a prospective rise of athletes from other countries.

“The withdrawal of Sir Mo Farah from 5,000m and 10,000m should not make us celebrate but on the contrary our athletes should do more and be wary of other upcoming athletes from other countries,” said Kemei.

The 63 year old trainer who commands over 17 years in coaching career, has overseen the development of many athletes who have conquered the world including 800m Olympic finalist Ferguson Rotich as well as 800m World bronze medalist Kipyegon Bett.

The veteran trainer who is poised to handle the athletics team for the Commonwealth Games has issued a rallying call to the athletes to step up their preparations given ahead of the competition.

“I have been appointed as the coach of our team to Commonwealth Games by Athletics Kenya (AK) and I promise to give everything possible to ensure that we earn as many points as possible .I however urge our athletes and my fellow coaches to step up their preparations because next year’s events will be held earlier than in previous years,” added Kemei.

Athletes are currently intensifying their preparations ahead of the games with the ongoing AK Track and Field events as well as the AK Cross Country meets as they await the trials set for February 16-17.