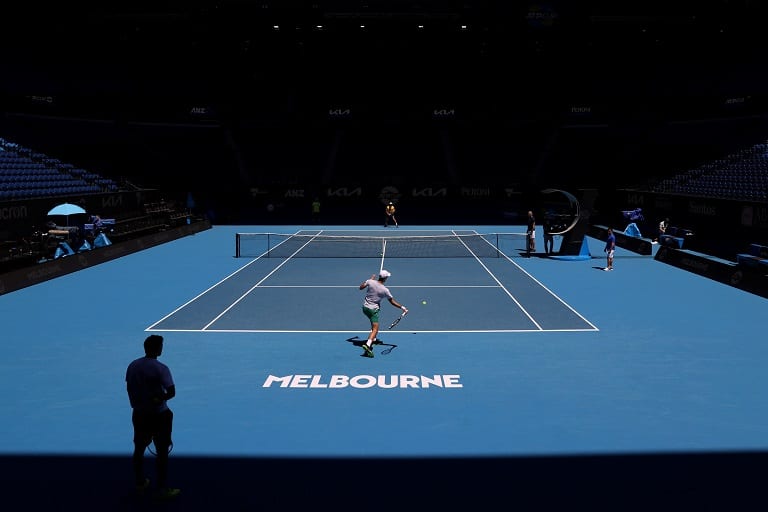 World number one Novak Djokovic found playing without crowds last season strange and he can’t wait to wow the fans in the stands at his 17th Australian Open.

Some 25,000-30,000 fans will be admitted to Melbourne Park on each day of the Grand Slam and Djokovic got a taste of what was to come when he played an exhibition match in Adelaide after coming out of quarantine on Friday.

“I had goosebumps coming into the court playing in front of the fans again after 12 months of not experiencing that,” the Serbian told reporters on Sunday.

“After playing professional tennis for more than 15 years, this is one of the biggest driving forces or motivations, inspirations that I have, playing in front of a crowd.

Djokovic said the blister on his right hand that restricted him to one set in Adelaide on Friday was “nothing major” and would not be an issue when he leads Serbia in their ATP Cup title defence this week.

Having upset some locals when he sent a letter to organisers asking for the quarantine conditions to be changed, Djokovic expressed his gratitude at being able to play in Australia.

“I’m grateful, as I think most of us that are here in Australia, that we have an opportunity to practice and to play and to compete in the sport that we love,” he said. “So we are all excited to be here.”

The 33-year-old has won eight of his 17 Grand Slam titles at Melbourne Park and said it felt like a homecoming returning at the start of each year.

“It does feel like a home for me in Australia, in Melbourne, particularly in Rod Laver (Arena). That is by far my most successful tennis court in my career.

“Each year that I come back to the court, it feels even better. The more you win on the court, the more confident you feel coming back to it.”