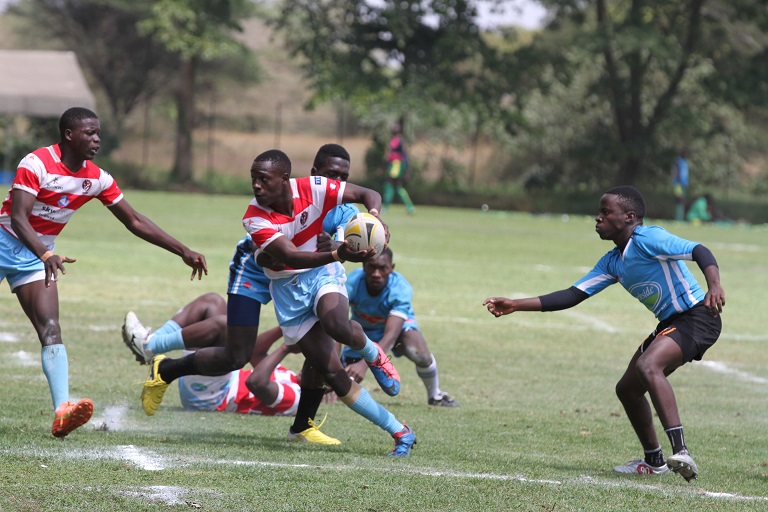 Kenyan teams for this year’s Federation of East Africa Secondary Schools Sports Association (FEASSSA) games made a promising start at the annual inter-school championship which got underway on Saturday at various venues here in Arusha, Tanzania.

Perhaps as show of mismatch between the two sides, the match took did not last e xpected 30 minutes  after the Victor Wagwe coached side inflicted their opponents  with a 60 points mark at 17th minute.

Kakamega, 13-time national champions are buoyed by the absence of defending champions Upper Hill who has stood tall against the Western based team for the last two consecutive years and head coach Amos Wamanga is brimming with confidence his charges will bag the elusive fifth title.

“We have hit the ground running and it was a important win because we played against Kenyans (Kangaru) who have always dominated in this discipline so it means it might a easy walk this year although I am not underrating any one,” he told Citizen Digital here in Arusha.

For Dagoretti tactician Wagwe, every game will determine how far they can go in their debut year.

“It was a impressive win from my boys and the match was not easy we are the one who were perfect and going forward we will try to reflect our opening win,” he told.

Dagoretti colloquially refereed as the Ditchez will play Kangaru tomorrow while Kakamega are poised to continue with their onslaught on Monday when they face Namilyango College. Rugby is being played in a round robin format.

In volleyball boys’, national champions Mogonga who are participating for the first time, defeated LTS Luc of Burundi in straight sets while fellow Kenya’s representatives Lelmwoko went down 3-2 sets against hosts Twangoma.

Cheptil defeated common opponent Soweto 3-2 as the two sides renewed rivalry in the foreign land in the girl’s contest.