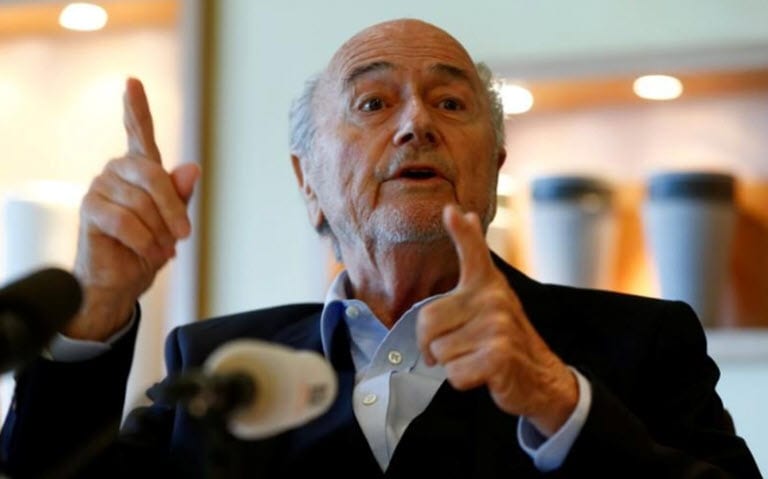 Former FIFA president Sepp Blatter, currently serving a ban from the sport, told Reuters on Thursday he is considering legal action against the global football body in an attempt to clear his name.

Blatter, who led FIFA for 17 years, was handed a six-year ban for ethics violations, imposed amid the biggest corruption scandal to shake world soccer’s governing body in 2015.

The 81-year-old Swiss said that while “for the time being there is no legal action”, he and his lawyers were working on a potential case.

“My aim is to look into the decision of FIFA’s Ethic-Committee in view of informations, and even evidences that I have received, in the meantime, in connection with my suspension,” Blatter told Reuters via email.

“We are working on this case – and looking forward for development.”

It is likely that any legal action from Blatter would take place in the Swiss civil courts.

FIFA did not immediately respond to a request for comment.

In December 2016, Blatter lost an appeal in the Court of Arbitration for Sport (CAS) against the suspension.

CAS ruled that Blatter had authorised payments to Michel Platini, then the European football boss, worth over $2 million that amounted to “undue gifts” and therefore violated FIFA’s code of ethics.

Blatter had resigned in June 2015 after several dozen football officials, including FIFA executive committee members and former members, had been indicted in the United States on graft charges, along with two sports marketing firms.

The former FIFA president was not among those indicted, but became embroiled in scandal when he was banned from all football-related activity the following December by FIFA’s Ethics Committee along with Platini.

The men were banned, initially for eight years, over a payment of 2 million Swiss francs ($1.98 million) that FIFA made to Platini in 2011, with Blatter’s approval, for work done a decade earlier. The bans were reduced to six years by FIFA’s appeals committee in February 2016.

Blatter, who has denied all charges against him, had compared the FIFA Ethics Committee investigation to “the inquisition”.

In 2015 Swiss prosecutors opened a criminal investigation into Blatter on suspicion of criminal mismanagement and misappropriation but no charges have yet been brought.

The man who headed FIFA from 1998 to 2015 says he intends to attend June’s World Cup in Russia after a personal invitation from Russian President Vladimir Putin.