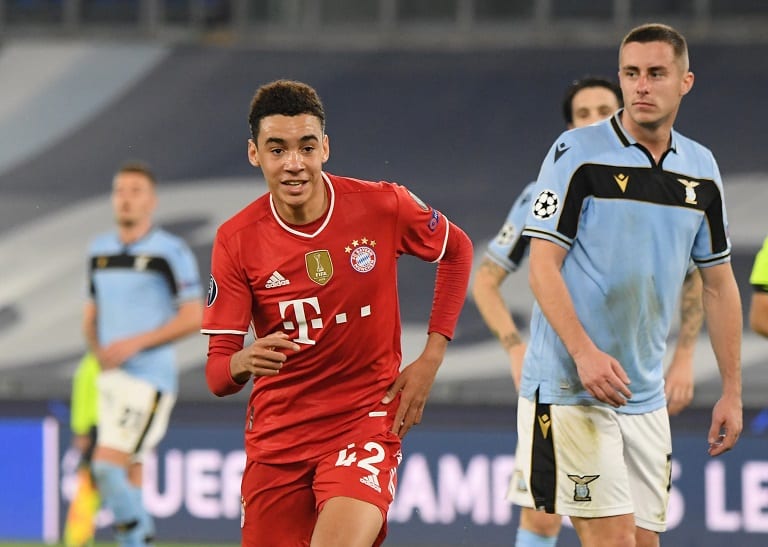 Bayern Munich forward Jamal Musiala says he will choose to represent Germany over England or Nigeria at international level.

Musiala, who turns 18 on Friday, scored his first Champions League goal for Bayern Munich on Tuesday as the holders beat Lazio 4-1 in Rome to take control of the last-16 tie.

The Stuttgart-born forward, who has represented both England and Germany at youth level, says he has thought about his international future “a lot”.

He told The Athletic: “What is best for my future? Where do I have more chances to play?

“In the end, I just listened to the feeling that over a long period of time kept telling me that it was the right decision to play for Germany, the land I was born in. Still, it wasn’t an easy decision for me.”

“It is difficult to find words for what England means for me because I have so many memories connected to very positive emotions.”

Musiala, who moved to England from Germany as a child, represented England at youth level until moving to Bayern at 16.

His strike against Lazio – smartly finished from outside the box – made him the youngest English scorer in the Champions League and the youngest to find the net in the competition for Bayern.

Both England and Germany have World Cup qualifying games at the end of March and should Musiala play in one of those – or another competitive senior fixture – he will be tied to that nation.

German football expert Raphael Honigstein told BBC Radio 5 Live’s Football Daily podcast earlier this month that Germany were “making strong moves” for Musiala and made it official that they wanted him in the senior team.

“There is a vacuum of young talent in German football at the moment and they are desperate for him,” said Bennett. “There are rumours they will pick him for the next international break.”

Prior to Musiala announcing his intention to play for Germany, former England and Bayern midfielder Owen Hargreaves had said Three Lions boss Gareth Southgate should call the teenager up for games against San Marino, Albania and Poland next month.

“Bayern have world-class players in every position so for him to come in and play is truly remarkable,” Hargreaves told BT Sport.

“He is a special player, can play off either wing and is best as a number 10 – really athletic, looking to run at defenders, he has great composure, absolutely fabulous and I am delighted he started.

“For special players you make special decisions. I would love to see him in an England shirt but it shows what level he is at if countries like England and Germany are competing for him at 17 years old.”

Former England striker Peter Crouch added: “I believe Gareth should pick him. We don’t want him going to play for Germany. You don’t know his mindset, he will have Germany people in his ears, but why don’t you cap him?”

‘You have to wonder what Chelsea didn’t see’

Musiala was born in Germany to a British-Nigerian father and German mother and then moved to England at a young age.

He became the youngest player to appear in the Bundesliga for Bayern when he made his debut against Freiburg in June, aged just 17 years and 115 days.

And Musiala then also chalked his name into the records book as Bayern’s youngest scorer with a goal against Schalke after coming off the bench on the opening day of the season.

Then, on Musiala’s second start in the Champions League and fourth appearance in the competition, he grabbed his first goal.

It means he is now the second-youngest player to score in the knockout stages, after Bojan (at 17 years 217 days) netted for Barcelona against Schalke in the quarter-finals in 2007-08.