Bandari out to end poor run at Western Stima 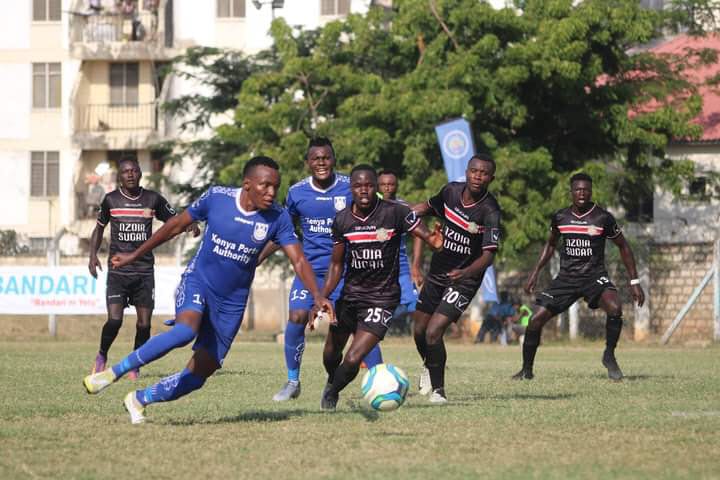 After collecting just a point from two games since league resumption, Bandari FC will be out to hunt for maximum points when they play away to Western Stima on Friday.

According to their team manager Albert Ogari, a long lay-off has affected their tempo but they are now ready to fight for the title starting with their match against Stima.

“We have been out for a long time. That is why we started very down but we have now settled and ready for work,” said Ogari.

The coach Andre Casa Mbungo charges missed the service of its three first team players against Bidco before getting some minutes in their last match with Ogari assuring that they are all fit and ready to battle for first team slots.

“Siraj, Felly and Yema are all back fit and we look forward to having them in our first squad today”.

The Mombasa-based side drew against Bidco United 1-1 at home before being whipped up by league leaders KCB by 3-0 last weekend in Nairobi.

The Dockers are currently sixth in the league with 27 points as their opponents Western Stima lie in 16th position with just 12 points both having played 17 matches.

They can regain their fifth spot if they collect maximum points after Gor Mahia dispatched them following a 1-0 win against Vihiga United yesterday.

In other fixtures, Posta Rangers will play host to Kakamega Homeboyz at Utalii ground Nairobi as Nzoia Sugar visit Ulinzi Stars in Narok.