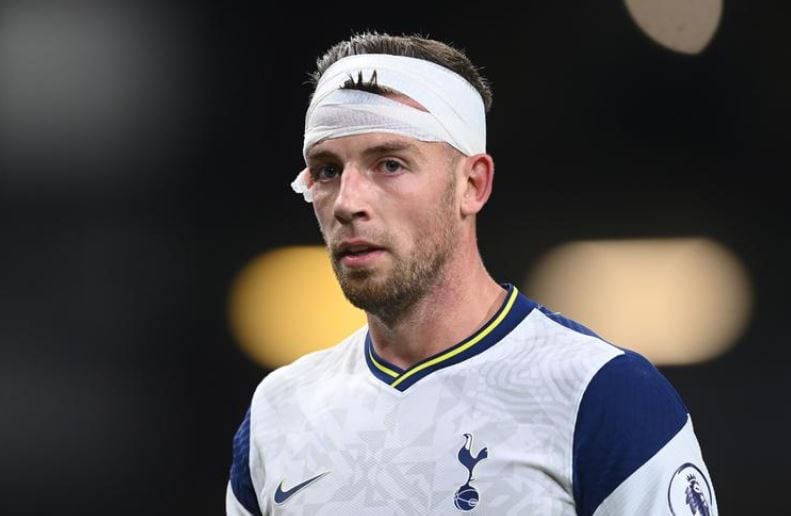 Tottenham Hotspur defender Toby Alderweireld is so attached to his home town he has a tattoo of Antwerp Cathedral on his arm.

But an opportunity to fulfil a childhood dream and play at the city’s Bosuil Stadium on Thursday failed to materialise – 21 years after his first disappointment.

The Belgian international defender, 31, was hoping for a run-out in Spurs’ Europa League clash against Antwerp but manager Jose Mourinho started him on the bench to give his fringe players an opportunity amid a taxing schedule for the London club.

Any chance of a cameo for Alderweireld evaporated, however, when Spurs went 1-0 down and an irritated Mourinho brought on four attacking substitutes at halftime in a bid to turn things round.

When the manager also sent on striker Harry Kane, Alderweireld’s chance to finally play at the Bosuil was over.

The Belgium international hails from Ekeren, to the north of the city, and played for Germinal Ekeren as a youngster.

“We were set to play a curtain raiser in the stadium. It was a dream for a 10-year-old, playing in a real stadium, with supporters in the stands. I looked forward to it for weeks,” Alderweireld told reporters before the game.

“But on the day it rained so hard our game was called off to spare the pitch. You don’t understand what a disappointment that was.”

There was probably a similar sense of frustration for Alderweireld after Thursday’s match, not only because an ambition remains unfulfilled but also due to an upset defeat for Tottenham.