Akhulia chuffed Bidco have settled in the Premier League

Bidco United head coach Athony Akhulia says the results of the first 14 rounds of the FKF-PL have inspired his team to fight with more confidence against the regular topflight sides,  so far floating comfortably within their season target.

According to the youthful coach, his team has settled in the league quite fast, hence the confidence to take on any opponent with a winning mentality.

“We are progressing well. You look at how we play and you can clearly see we are different from the side we were at the beginning of the season. This is encouraging because the faster you adapt in the top level, the better and you avoid playing under pressure,” said Akhulia.

The win against the league leaders to Akhulia means more responsibility to his players, as other opponents could soon start giving more attention to the newbies.

“Winning four matches in a row and particularly against Tusker who are enjoying top form is a statement, but it also means other teams will be approaching us more seriously. Our target was to survive in the league for the first season and we have so far worked within the target so well,” he noted.

However, he is cautious his players must keep the focus and avoid resting on their laurels, after the fairly impressive start.

“We are still in the first round and we have a long way to go. This is a league, a marathon for that matter and that’s why we must take a match at a time,” offered the coach.

Out of their 14 matches played, Bidco have won five, drawn three and lost four and are thus on 20 points, 12 behind leaders Tusker.

Akhulia is already looking forward to their number 15 match against Sofapaka, away to Wundanyi this weekend. 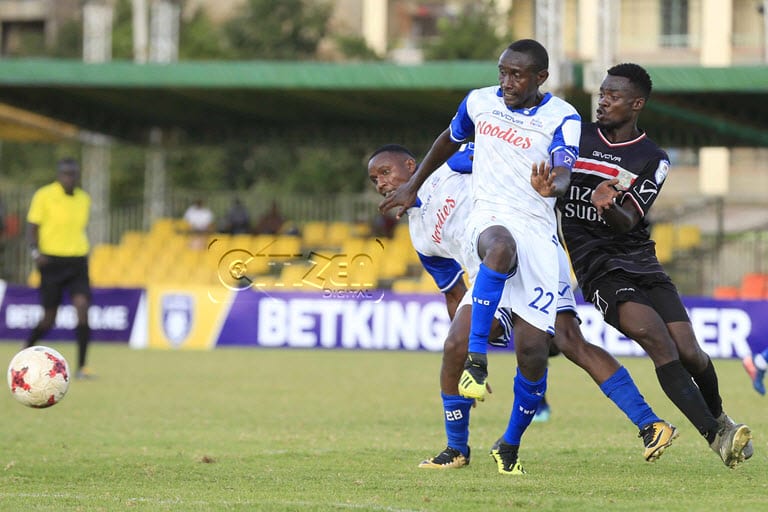 “We want to pick more wins and we can build on this. We go to Sofapaka to register at least a positive result because keeping the momentum is key,” Akhulia said, showing respect to the 2009 who are currently two points behind them, tucked at eighth.

In the meantime, the tactician has hailed veteran attacker Stephen Waruru for his contribution in the team and the experience has added in the playing unit.

Waruru was on the score sheet in their weekend’s win over Tusker, the former Ulinzi Stars, Sofapaka and KCB player having joined the Thika based club at the start of the season.

“He is doing well, he understands this level so well. Against Tusker for example I played him as an offensive left as per the plan of the day yet he is always playing as number 10, and he delivered.”

With three matches to the half-season, Bidco are determined to keep their top seven spot which Akhulia says is well above the half term target.