Veteran Bracksides Agala has been dropped out of Malkia Strikers squad that is expected to travel to Italy ahead of the Olympic qualifiers.

According to Technical Director David Lung’aho, Lorine Chebet and Pamela Chepkirui have been brought on board, adding that Agala has been dropped to give room to younger players.

Lung’aho showed great respect for the experienced Agala, noting the changes in the team are purely an early leap into the future.

“Players who did not play the African Cup of Nations in Egypt asked for chances and we thought it would be appropriate if we give them an opportunity in the national team. This will make it easier for us to test them if they can play in the All Africa Games and the 2020 Olympics. 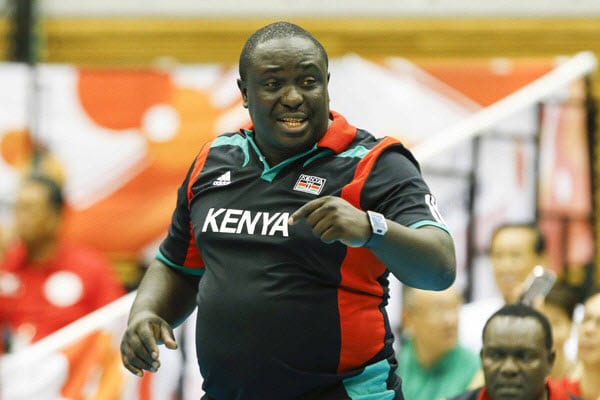 Malkia will fly out Wednesday to Italy to take on World Championships runners up Italy, Netherlands and Belgium as they chase for the ticket to the Olympics, set for Japan next year.

Lung’aho has however admitted the task ahead is not easy but Kenyans should remain optimistic.

“The team is well prepared,  although we are aware that the opposition we are going to face is tough. We are however hopeful, though can’t promise the title,” offered Lung’aho.

He continued, “we want this matches to act as a build up to us for the All Africa Games all we ask is that Kenyans should continue believing in us the way they have always done.”

The outing comes after Malkia finished the African Cup of nation’s as runners up, losing 3-1 to Cameroon in the in Cairo, Egypt July event.

The team will be eyeing to return to Olympics set for Japan next year after a 15-year drought, with their last outing dating back to 2004 where they finished at position 11, similar to the previous and first outing in 2000.