A walk in the football world: The life story of Evance Kadenge 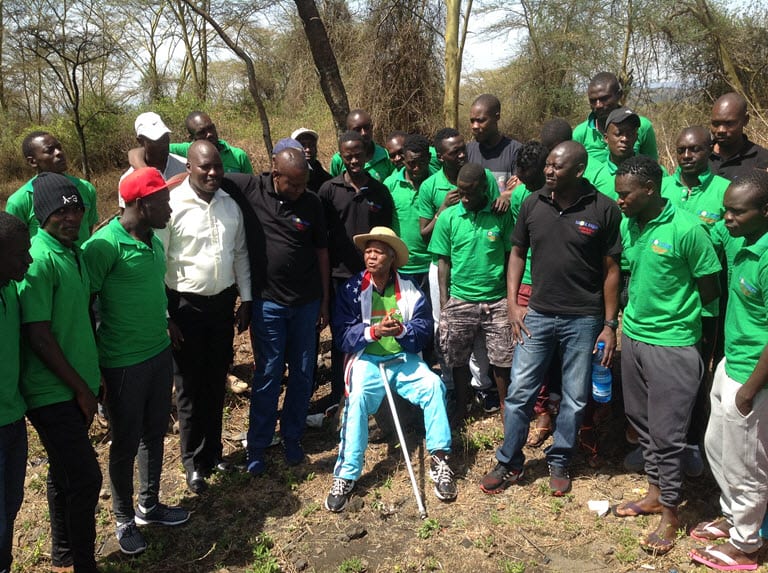 Famous Irish poet and playwright Oscar Fingal O’Flahertie Wilde once said, ‘the truth about the life of a man is not what he does, but the legend which he creates around himself.’ This becomes evident with Evance Esebwe Kadenge, a humble servant who shares his history with football, a profession he has walked hand in hand with for the last 37 years.

He is the fourth born, and the second son to the late legendary footballer Joe Kadenge. He is also a former player, captain, coach, team manager and now chairman of Nzoia Sugar Fc. But how has the journey been for him? Who are some of the key players he mentored? How was life growing up in a footballing family? What were his best moments as a player and coach?

Kadenge reveals that his passion to become a footballer was ignited by his dad, whom, ironically, he never saw him playing.

“It is my father who motivated me to become a footballer. I used to hear him on radio… Kadenge na mpira.. Kadenge na mpira… I never watched him play because when he retired around 1975, I was a young boy in class 5 and furthermore, I was staying with my mum in Western Kenya while he (Joe Kadenge) was in Nairobi,” he says.

Kadenge’s memorable journey in professional football dates back to 1983, when he signed for Nzoia Sugar FC, having just finished his secondary school education at Mbale Boys in Vihiga. He was 20 years , and he says it is his talent which enabled him to be employed later by Nzoia Sugar Company in August 1984.

“Back then the club was not professional. So we were working and also playing at the same time. I played with Nzoia from 1983-1995, being the assistant captain in 1985, and captain from 1986- 1991. In 1995 I was appointed the trainer, and later worked from 1996-1998 as an assistant coach before being appointed as the acting coach and later that year replaced Vincent Ombiji” Kadenge,” he narrates. 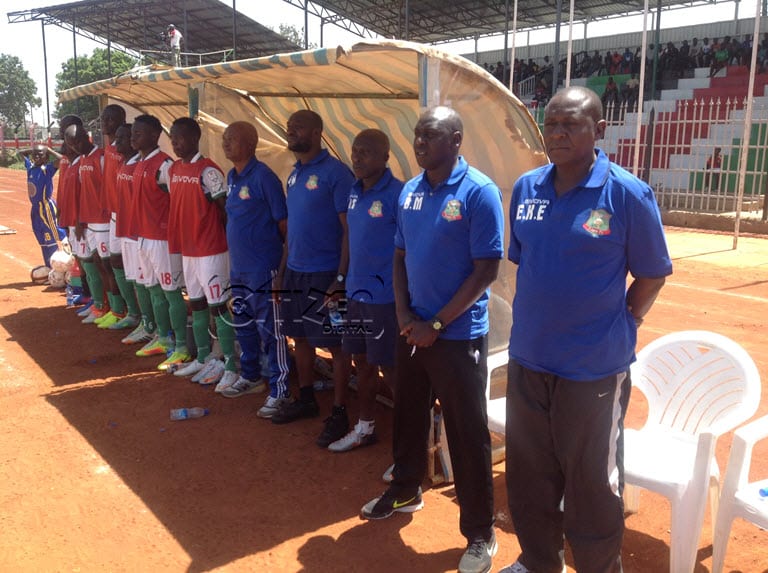 Kadenge rekindles the memories of 2003, when they took part in the CAF Club Championship. He was the assistant coach, with Patrick Naggi being the head coach.  Nzoia traveled to Asmara in Eritrea when they lost 2-0 against Red Sea.

After the defeat in Eritrea, Naggi resigned as the coach and Kadenge was tasked with heading the team ahead of their second leg, played at Mumias Complex on 15th February 2003. Nzoia won 2-0 in regular time, courtesy of goals from Bernard Mwalala and Mike Baraza, son of the late Sammy Nyongesa. The match then headed to penalties.

The day seems to remain memorable to Kadenge whom to my amusement has all the details at his fingertips.

“We went to penalties and won 4-3. I remember the scorers very well. They were: the late Paul Ochieng, Maurice Walusuna, Peter Makoyoko, Zakayo Kesekeli (who was then a student at Kitale Day, presently known as St. Anthony Kitale), who scored our winning goal. It is only Mike Baraza who lost his penalty,” says Kadenge.

Nzoia were then drawn against Egyptian side Zamalek, while still under the tutelage of Kadenge, with Vincent Sifuma as the assistant. They lost 3-0 at Cairo National Stadium, before being hammered 4-1 at Mumias Complex in the second leg. The only goal for Nzoia was scored by the late Evans Walekhwa.

During those times, Nzoia was a solid team, a tough side with great talents. Some of the notable players Kadenge lists in his Hall of Fame include former custodian Noah Ayuko, the late Antony Shikuku, Linus Juma, Evans Chimbinda, the late Paul Ochieng, Kennedy Odhiambo, Hillary Echesa, Ken Siara, Bernard Mwalala, Mike Baraza and Maurice Walusuna.

“On 1st June 2003, we won the Kenyan Premier League title after beating Tusker 2-1 at Nyayo National Stadium. The scorers were Bernard Mwalala and Hillary Echesa,” Kadenge recalls with nostalgia, adding that it was during the peak of the team that the management shockingly disbanded the club, Managing Director, Akoyo making that ill-informed call on 10th September, 2005 citing financial crisis.

Kadenge says they organized a tournament and recruited the best players who signed with the team as they joined the National Super League. The same season they finished second with 85 points, two behind Kakamega Homeboyz who joined KPL.

In 2013, Kadenge resigned as the coach, citing pressure from work. He was later re-appointed as the team manager in 2016 with Bernard Mwalala as the head coach, and the same year they won the National Super League to qualify to KPL. He was also voted in as the second best team manager of the year during the SOYA awards.

When asked what was his favourite playing position was, Kadenge easily picks the Number 10 role. French football idol Michel François Platini, was his hero.

Locally, he was motivated by his own elder brother, the late Francis Kadenge who was a good attacker and JJ Masiga. His memorable moment as a player dates back in 1988, when he was playing against Gor Mahia.

“It was at Kanduyi Stadium in 1988 when we were playing against Gor Mahia. I was the captain of Nzoia and I remember scoring a classic goal from the centre. The goalkeeper (David Ochieng) had moved towards the 18-yard and when I received the ball, I sent a thunderbolt shot and it was a goal, a wonderful goal,” he reminisces.

As a coach, Kadenge says the historic CAF club championship win against Red Sea of Eritrea at Mumias Sports Complex carries the day.

His rich love-affair with the club culminated to his rise to the helm of the club leadership being elected its chairman On February 2022. He also reveals he has all records of the club and players, which he hopes will be archived in the near future.