Zipapa is back and wants to unseat Mvurya as Kwale boss 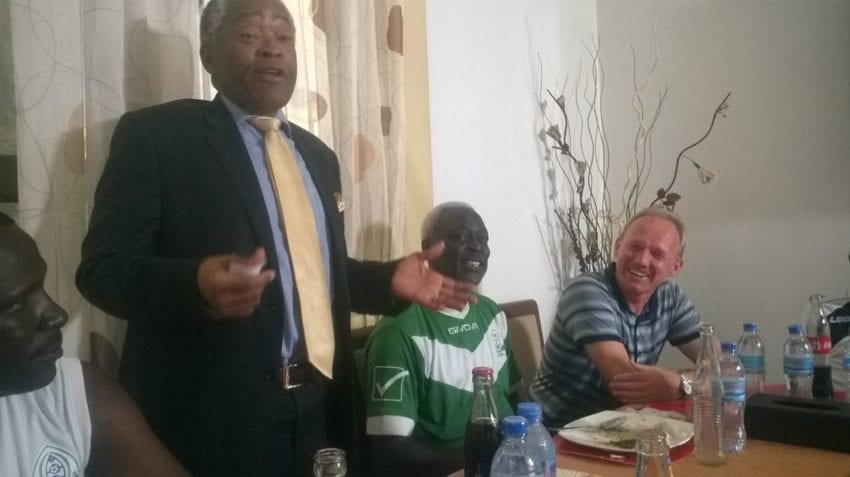 Former Cabinet Minister, Ali Chirau Mwakwere, has reportedly decamped to the Orange Democratic Movement (ODM), an affiliate party of the Coalition for Reforms and Democracy (CORD).

Mwakwere, who is the current Kenyan Ambassador to Tanzania, is said to have joined the opposition and expressed interest in the Kwale gubernatorial seat, currently held by Salim Mvurya who decamped to the ruling Jubilee coalition.

Mvurya was expelled by the ODM party over a fortnight ago together with 12 other law makers who jumped ship to other parties.

During the 2013 elections, Mwakwere unsuccessfully contested for the Kwale Senatorial seat on a United Republican Party (URP) ticket. The seat is currently held by Boy Juma Boy who contested on an ODM ticket.

Kwale is largely viewed as an ODM zone with the party having clinched most of the elective seats in the 2013 elections.

Mwakwere has served as Kenyan Ambassador to the U.A.E and Qatar, the High Commissioner to Zimbabwe, Lesotho and Mozambique before being named the President’s Special Envoy to the Great Lakes Region.

The entrance of Mwakwere will largely shape the Kwale politics as he is one of the most notable politicians in the coast region.

On Thursday, Mwakwere presented his bank details to the IEBC in line with the Election Campaigns Financing Act and later addressed members of the press at the poll body offices i Nairobi.