Who will get it right on November 8? 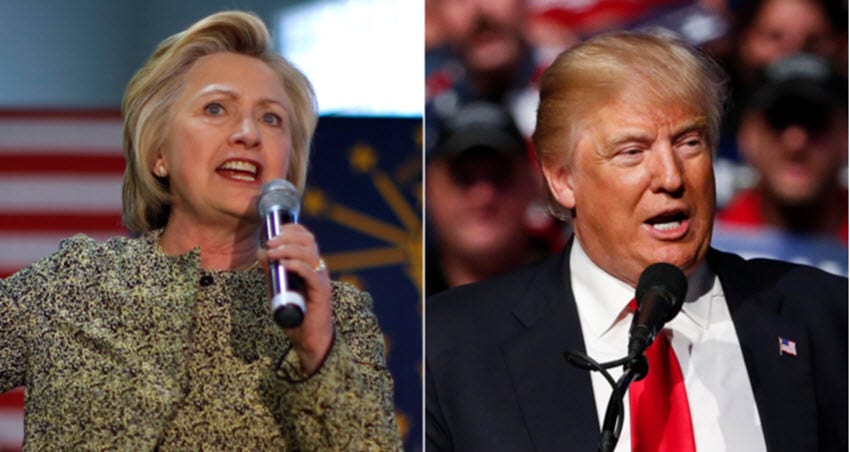 It will soon be less than 50 days to the much-anticipated US elections. Recent opinion polls in the US are showing a declining popularity of Democrat Hillary Clinton who has largely led the Republican Donald Trump all along in the polls.

These two candidates have been through murky waters in their battle for backing across the states. Clinton’s media advertising strategy has focused at negative messages about her rival to tame Trump. Trump, a business mogul, has on the other hand given media advertising a berth until recently when he started to sponsor messages.

That Clinton’s health has become a campaign issue after her near collapse moment during the 9/11 remembrance event in New York last week, has hurt her campaign to succeeding fellow Democrat Barack Obama. As she returned to the campaign trail Thursday, September 15, she comes back to a race that has seen her numbers dwindling in favor of Trump, whom Democrats have continued to term as “temperamentally unfit” and unqualified to be President.

But how will the election be won? If Trump’s popularity continues to rise, can he trump Clinton?

The US election is one of the most complicated democratic processes in the world to pick a national leader. At this stage, I will not go into the history of how the two major parties (Democratic and Republican), picked their candidates. Instead I will focus on the events that will determine the American choice in the next 50 days.

The Vice Presidential candidates will take part in just one debate scheduled for Tuesday, October 4 in Farmville, Virginia. Participants will be Tim Kaine, Clinton’s running mate, and Mike Pence who is running with Trump.

After the October 19 presidential debate, it will be all out to the ballot.

Unlike other democracies like Kenya where universal suffrage is the norm such that the candidate who garners the majority votes as long as it’s more than half of the votes cast (Kenya); for the US, registered voters vote for their President indirectly. They use the Electoral College system. Here the candidate with the most votes in each state becomes the candidate which that state supports for President.

In the Electoral College, a group of people – 538 of them, take the responsibility of choosing the US leader. But just half of them (270) are needed to win the race. Each of the 50 US states plus the District of Columbia (Washington) have different number of electors who sit in the college based on their population in the most recent census.

Interestingly, these electors once chosen by the voters they go into the college like a delegation of that state. In all the states but two (Nebraska and Maine), the winner takes all. For instance if a candidate wins the majority vote in Florida, then they win the entire 29 Electoral College votes.

This is where Clinton or Trump will become President. By latest opinion polls, none of the two seems to command at least 270 states meaning the poll could go either way. Clinton, however, has a lead with 209 states against Trump’s 154. The remaining 175 are the so called swing states. Whoever convinces these in the pre-election period improves their chances.

In recent history, US Presidents won the vote by decisive numbers. George Bush had the closest scathe in 2000 when he won 271 against Al Gore’s 267, noteworthy is the fact that Bush had lost the national popular vote to Gore and was only adjudged winner after a Supreme Court case.

Republicans Ronald Reagan (1984) and Richard Nixon (1972) pulled the most decisive Electoral College performance when they beat their rivals 525 vs 13 and 520 vs 17 electoral votes respectively.

Can Hillary match up to his husband’s victories or will the fortunes tide towards Trump?