White House: 200 US troops to remain in Syria 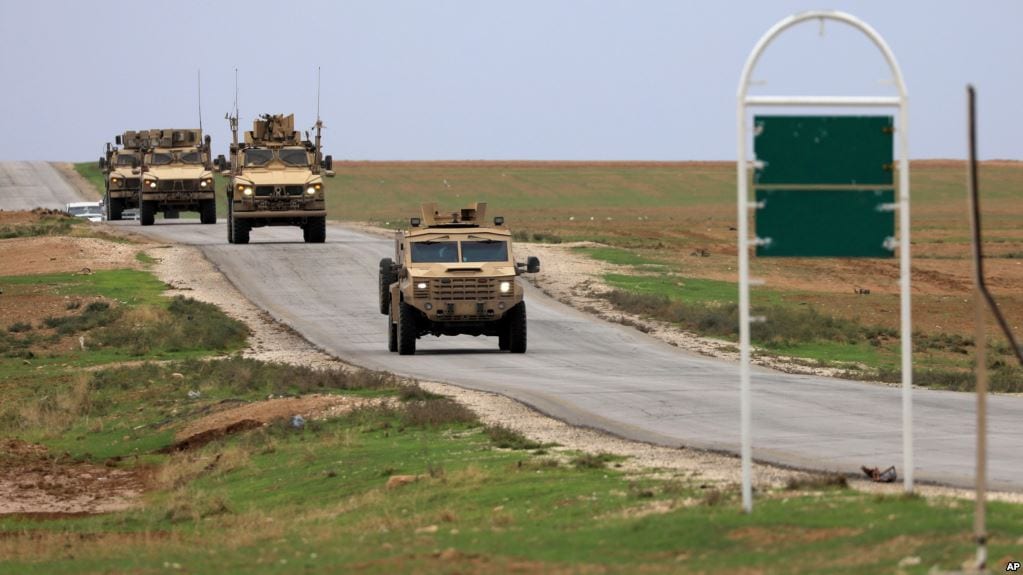 About 200 US troops will remain in Syria after the U.S. withdraws from the country, the White House announced Thursday.

Spokeswoman Sarah Sanders said in a brief statement that a “small peacekeeping group” would stay in Syria “for a period of time.” She gave no other details.

When contacted about the development late Thursday, the Pentagon referred questions to the White House.

There are currently about 2,000 American troops in Syria, supporting Kurdish forces fighting the last of the Islamic State forces.

President Donald Trump, anticipating the total defeat of IS in Syria, made a surprise announcement in December that all U.S. forces would be out of Syria by the end of April. In doing so, he confounded many of America’s European allies and angered some of his own allies in Washington.

According to Graham, acting Defense Secretary Patrick Shanahan agrees that a complete U.S. withdrawal from Syria could lead to a resurgence of Islamic State, a Turkish assault on Kurdish forces, and an advantage for Iran inside Syria.

European leaders have said they are reluctant to fill the security gap when U.S. forces leave.

But Shanahan said U.S. allies have not rejected the idea of staying in Syria as an observer force.

He met Thursday at the Pentagon with one of the European allies — Belgian Defense Minister Didier Reynders, who said there has not been a blanket refusal from U.S. allies to take part in a Syrian force.

“We are waiting for preparation of the withdrawal of U.S. troops and we are waiting now for more discussions about the way to prepare something,” Reynders said.

Trump spoke by telephone Thursday with Turkish President Recep Tayyip Erdogan. The White House said they agreed to keep working on creating a “potential safe zone” inside Syria, which would keep Kurdish forces safe from possible a Turkish attack.

America’s Kurdish allies in Syria are concerned they would face Turkey’s wrath following a U.S. withdrawal.

Turkey says the Syrian troops are allied with the Kurdistan Workers’ Party (PKK), which has been fighting for greater Kurdish autonomy inside Turkey.
Turkey regards the PKK as a terrorist group.