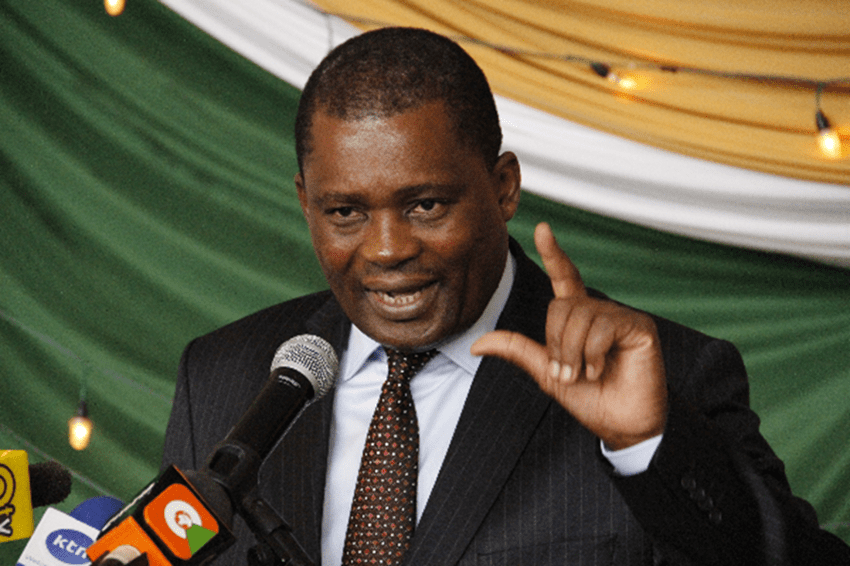 The mystery surrounding the whereabouts of National Assembly Speaker Justin Muturi became even more convoluted on Wednesday when he failed to turn up for a special session at the August House.

Moses Cheboi, his deputy and Kuresoi Member of Parliament, took his place, refusing to give up pieces of the puzzle.

Speaker Cheboi was pressed by Tiaty MP William Kamket during the sitting to reveal specifics of Speaker Muturi’s whereabouts.

“I’m worried about our speaker’s whereabouts, Mr Speaker,” the MP said. “We’ve been reading online that the Speaker is under some kind of spell somewhere.” “How safe is our speaker?”

The Kuresoi legislator refused to provide details in his response, but assured the House that Speaker Muturi was fine.

“The speaker has several other responsibilities, and today he is attending to one of them,” National Assembly deputy speaker Moses Cheboi said.

Speaker Muturi is currently being groomed to succeed President Uhuru Kenyatta as the kingpin of the Mt. Kenya region, according to insiders familiar with his unusual sabbatical.

Muturi, the spokesman for Mt Kenya East (Embu, Meru, and Tharaka), is seen as a frontrunner to succeed President Kenyatta, whose term ends in 2022.

The speaker, according to sources, has retired to his private residence, where he will be subjected to a strict cultural regimen for the next seven days.

He will be expected to consume only certain foods, bathe in a certain way, and refrain from coitus during this period.

Muturi was crowned as the region’s spokesperson in March this year at Njuri Ncheke shrine in Nchiru, Meru County, before a caucus of elders from Embu, Kikuyu, and Meru.

The two have already registered their political outfits: Kuria through his People’s Empowerment Party (PEP) and Kiunjuri through The Service Party (TSP).