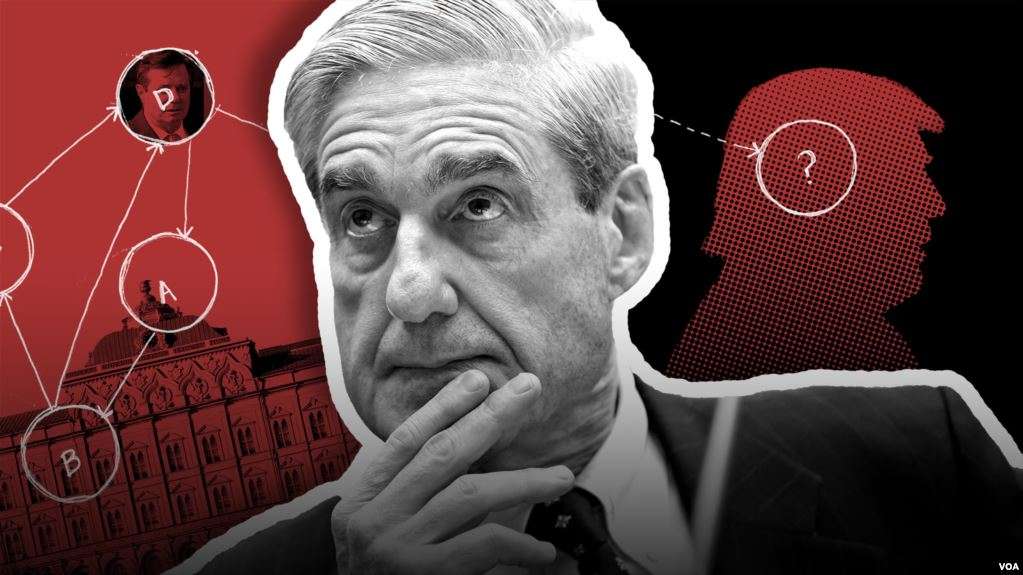 Get ready for some fireworks over the long-awaited Mueller report.

Word that special counsel Robert Mueller may wrap up his investigation of Russian interference in the 2016 U.S. presidential election and issue his final report in the coming weeks has Washington on edge.

Speculation is rife over what Mueller will conclude in his report: Will he implicate President Donald Trump in criminal conduct or will he exonerate him, in a probe the president has repeatedly called a “witch hunt”?

Another hotly debated question: Will the report be made public or will Americans and the rest of the world be kept in the dark about details of an investigation that has cast a shadow over the Trump presidency?

Mueller could submit his report to Attorney General William Barr in the coming days, according to several unconfirmed reports, ending an investigation that began two years ago amid allegations Russian government agents colluded with members of the Trump campaign to tip the election against Democrat Hillary Clinton and in favor of the billionaire real estate mogul.

The special counsel’s office declined to confirm or deny the reports. A Justice Department official said the report would not be delivered to the attorney general next week.

The probe has netted criminal charges against more than two dozen Russian operatives and six former Trump business and campaign associates but thus far has not revealed evidence of collusion or wrongdoing on the part of Trump surrounding the operations of his campaign. Whether reported efforts by Trump to influence or derail the investigation rise to the level of obstruction of justice is another unanswered question.

Here are five questions that legal experts and veterans of a former independent counsel investigation have been asking about the report:

Will the report be made public?

Barr, who served before as attorney general during the administration of President George H.W. Bush, has been noncommittal on the issue. During his recent confirmation hearing, Barr pledged to provide “as much transparency as I can” on the Mueller report but declined to commit to releasing the report in its entirety.

That has not gone over well with congressional Democrats, who have threatened to subpoena the report or Mueller to testify before Congress. Democratic Sen. Richard Blumenthal of Connecticut told CNN this week that if the report was not fully disclosed, “the public will feel rightly that there is a cover-up.”

With lawmakers, the news media and voters clamoring for a resolution to the prolonged investigation, some version of the report is certain to be made public. Over time, more and more details of Mueller’s findings most likely will leak out.

Kim Wehle, a former associate independent counsel in the Whitewater investigation and now a professor of law at University of Baltimore, stressed that releasing the full report was key to insuring government accountability.

What will the report say?

The special counsel’s mandate was fairly broad: to determine whether Russians worked with the Trump campaign to influence the outcome of the 2016 presidential elections and pursue other tangential matters that might turn up during course of the investigation.

However, what Mueller is required to say in his report is much narrower. Justice Department guidelines simply call for an explanation of his decision to charge or not to charge various targets of the probe. Beyond that, there are no hard and fast rules about what form the report must take and how long it should be.

“It could be a brief report summarizing his conclusions or it could be a book,” said Randall D. Eliason, a former federal prosecutor now a law professor at George Washington University.

There are two major questions that legal experts are looking to the report to address: Was there coordination between members of the Trump campaign and Russian operatives seeking to influence the election and was President Trump personally involved in any such conspiracy or other crimes?

Thus far, Mueller has offered no evidence of collusion. While the special counsel has charged more than two dozen Russian operatives with seeking to influence the election and several former Trump associates with lying about their contacts with the Russians and other offenses, he has not connected them in a criminal conspiracy.

“That’s really the big [unresolved] question,” Eliason said. “I think he has to answer that question somehow because that’s his primary charge.”

Another critical question is whether Mueller will present any evidence of wrongdoing on the part of Trump that he may have uncovered during the course of his investigation. “That’s the outstanding question everyone wants to know for purposes of a political solution to potential wrongdoing, which of course is impeachment,” Wehle said.

The U.S. Constitution says a president can be removed from office for “high crimes and misdemeanors,” leaving the question of “impeachable offenses” open to interpretation by Congress.

Whitewater Independent Counsel Kenneth Starr included a list of impeachable offenses in his final report to Congress on the conduct of then-president Bill Clinton. But current Justice Department regulations do not require Mueller to do so, said Eric Jaso, a former associate independent counsel who is now a partner at the Spiro Harrison law firm.

David Super, a law professor at Georgetown University, noted that former Trump lawyer Michael Cohen has already implicated Trump in unlawful conduct, testifying last year that he made hush money payments to two women during the 2016 campaign at the direction of Trump.

“I’d be surprised if Mr. Mueller felt he could not say anything about the president in the course of describing what other people did with him,” Super said.

On the other hand, the report may exonerate the president.

Justice Department guidelines say a sitting president can’t be indicted and Mueller is expected to adhere to those guidelines. But if he is pursuing other indictments, Mueller hasn’t tipped his hand.

Super of Georgetown said that any additional indictments could be announced in conjunction with the report or be handed over to other sections of the Justice department.

Short of announcing new charges, the Mueller report could also shine a light on other players and institutions that have hummed in the background of the investigation but have not faced charges, Super said.

One example: Germany’s Deutsche Bank, which over the years was a major source of loans for the Trump Organization. “I think the real headlines are going to be about people that haven’t figured in the indictments so far,” Super said.

What happens after Mueller submits his report

The submission of the Mueller report does not mean the end of legal troubles for Trump, even if the president is not specifically accused of wrongdoing. In recent months, Mueller has farmed out parts of his investigation to the Southern District of New York where prosecutors have opened separate investigation into Trump’s finances.

“I don’t think we should assume that just because he issues a final report, that that will be the end of prosecutions but rather that those prosecutions will be occurring through the ordinary process which is the U.S. attorney’s office,” Super said.