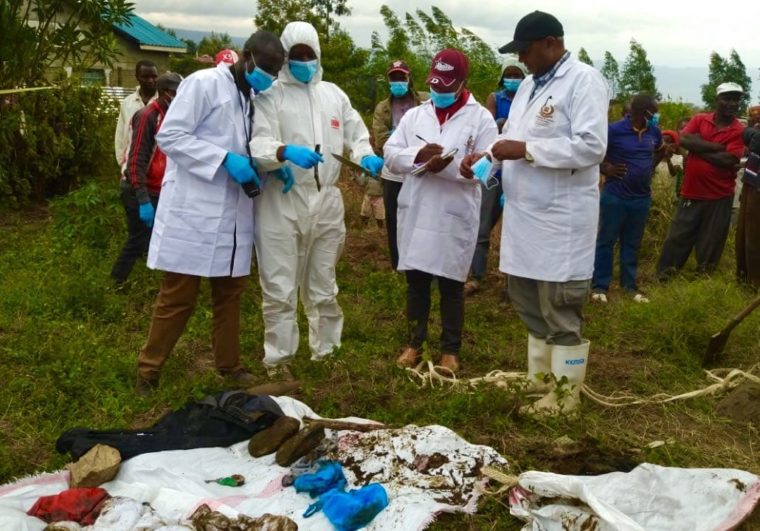 The main suspect in the murder of five family members in Lower Kabete told police officers that he got inspiration to commit the cold-blooded killings from ‘Killing Eve’ -a British dark thriller.

The 22-year-old Lawrence Warunge confessed that he chose to eliminate the four members of his nuclear family because they were talking ill of him behind his back.

He told detectives that he had initially planned to kill everyone including his two surviving sisters who are in school, but his plans were foiled when the two returned to school on December 5.

While appearing to borrow a leaf from Villanelle- the villain and psychopathic assassin in the British show- Warunge descended upon his family members without remorse, killing them one by one before hitting the road to destroy evidence.

A detailed police report said that he killed James Kinyanjui first- a handyman who lived a few meters from the main house.

He then attacked his mother Anne Wanjiku who was in the kitchen and then his 12-year-old brother who had responded to his mother’s distress call.

The murder suspect then attacked his father Nicholas Warunge who had jumped from the balcony, attempting to flee the visceral attack.

Last to be killed was his cousin, a 13-year-old boy who was hiding under the bed.

He told police officers how he stabbed the minor with a 9-inch knife despite the helpless child kneeling and pleading for mercy.

Before the murder, Warunge told detectives that he had gone online to research on the best way to execute the crime.

To ensure that none of his victims would survive, Warunge would hit them on the head with a metal bar, stab them multiple times on the chest before slitting their throat.

After commiting all the crimes, Warunge went on the lam after packing his bloodied clothes in a bag.

He also carried several phones of the victims and the murder weapon to Njikase village in Mai-Mahiu where he had rented board with his lover.

The second-year student at Mt.Kenya University then threw away the knife, bloody clothes and one house key in a public toilet.

He then went to a nearby valley where he burned other items including a mobile phone.

His girlfriend Sarah Muthoni who was arrested after the crime is also in police custody and is aiding investigations.