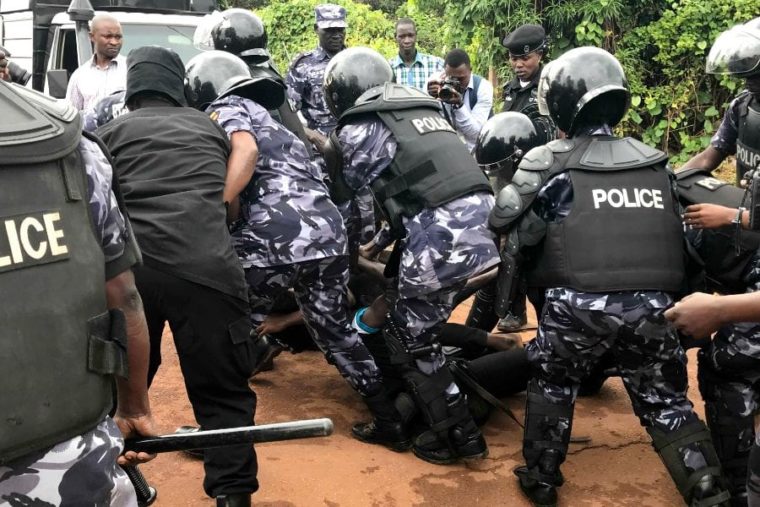 U.N. officials warn prevailing political conditions in Uganda are stacked against the likelihood of free and fair parliamentary and presidential elections later this week.

The lead-up to Uganda’s national elections has been marred by increasing violence, numerous human rights violations, and restrictions imposed on opposition candidates and supporters.

Spokeswoman for the U.N. High Commissioner for Human Rights Ravina Shamdasani says the deteriorating human rights situation in the country is likely to discourage people from voting. This, she says raises the prospect of continued unrest after the election.

“Numerous human rights violations have been reported, including of the rights to freedom of expression, peaceful assembly and participation, as well as arbitrary deprivation of life, arbitrary arrest and detention, and torture. … Indeed, harassment, ill-treatment, arbitrary arrests and detention of opposition candidates and supporters have been worrying developments during the electoral campaign,” she said.

In mid-November, the arrest and detention of two opposition presidential candidates, Bobi Wine and Patrick Oboi Amuriat, and members of the political opposition triggered riots and protests across the country. At least 54 people were killed.

Shamdasani says several presidential directives on COVID-19 have been issued since March, purportedly on health grounds. She notes Uganda’s Electoral Commission issued a new decree in June. It prohibits mass rallies during the election campaigns, suggesting digital electoral campaigns instead.

“Human rights law, under certain circumstances, may allow for restrictions to mass gatherings and physical campaigning for public health reasons,” she said.

“However, we have increasingly observed that the COVID-19 restrictions have been enforced more strictly to curtail opposition electoral campaign activities in a discriminatory fashion.”

The U.N. human rights office is calling on the Ugandan authorities to protect peoples’ rights to freedom of expression and peaceful assembly.

It is urging them to take measures to prevent electoral violence and to guarantee the rights of people to participate freely and peacefully in the election process.