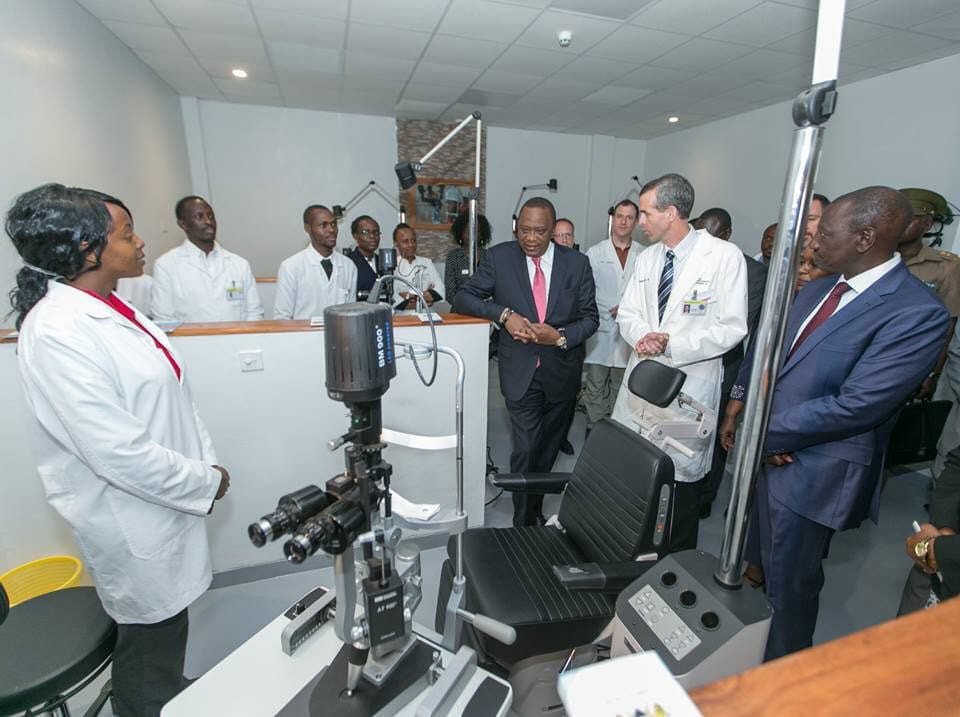 President Uhuru Kenyatta has put Cabinet and Principal Secretaries on notice over corruption and wastage of public resources.

A tough-talking Kenyatta on Wednesday read the riot act to members of his Cabinet vowing that he would not condone graft and wastage under his watch.

“Those who thought they had blinded me should now know they are on notice,” said the president adding that top Government officials, starting with Cabinet Secretaries and their Principal Secretaries should be fully accountable of their dockets.

Mr Kenyatta said he will no longer be deceived by dishonest activities and maneuvering by those entrusted to run public institutions.

He was speaking in Bomet County where he was accompanied by his deputy William Ruto for the official opening of a Ksh.275 million ultra-modern Eye and Dental Centre at the Tenwek Mission Hospital.

The new centre has a capacity to handle 20,000 clients and conduct 5,000 surgeries annually.

The Head of State said he had learnt a great lesson from the Tenwek hospital example which his government is ready to transfer and replicate elsewhere.

“I have seen what less than Ksh.300 million can do to uplift the lives of Kenyans. I want to see similar facilities at Kenyatta National Hospital, Moi Teaching and Referral Hospital, Nyeri and Mombasa,” said President Kenyatta.