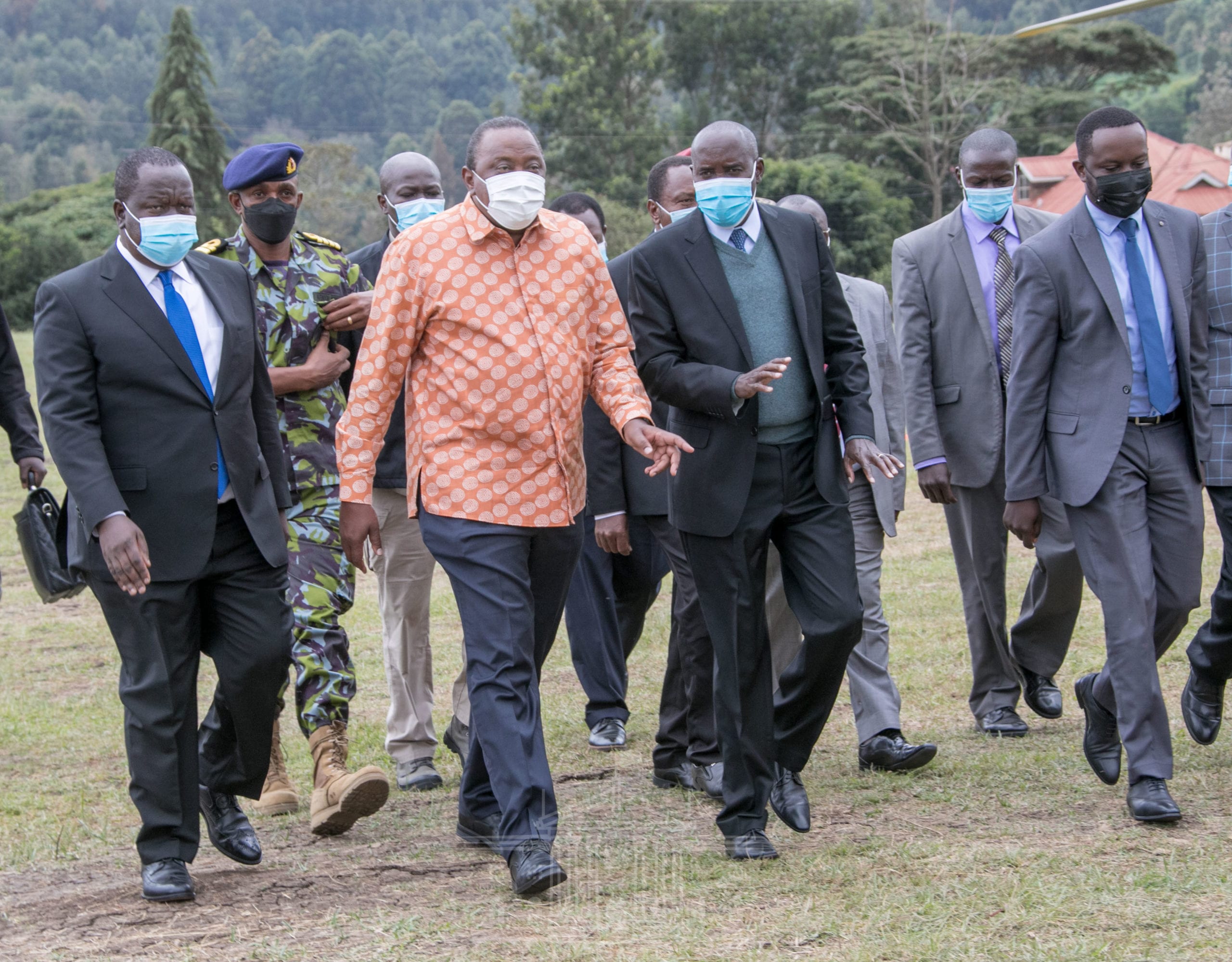 President Uhuru Kenyatta has extended an offer to makers of home-made firearms in Kenya- promising them steady jobs at the newly launched small weapons facility in Ruiru.

The Head of State spoke at the Regional Police Traffic Training Center in Ngong in Kajiado Co. on Wednesday while setting fire to 5,144 illegal small arms and light weapons.

A majority of the illegal firearms were voluntarily surrendered by the public who heeded Government amnesty offers, and through the diligence of Kenya’s security agencies.

The majority of the weapons recovered, according to the Head of State, appeared to have been assembled locally at home.

“We have seen a variety of home-made weapons, its first of all negative but it is also positive, I want to make an offer,” President Kenyatta said “Kenya has started making small fire arms, come to us and lets give you a steady job to make legal weapons, grow the economy and help keep your country safe,”

Anyone interested in the offer should contact security officers, repudiate the past, and apply for government employment, according to the president.

“Instead of waiting for police bullets, I know you are there come to us and tell us that you have stopped that crime, the skill you have, help us make legal weapons,” President Kenyatta said on Wednesday.