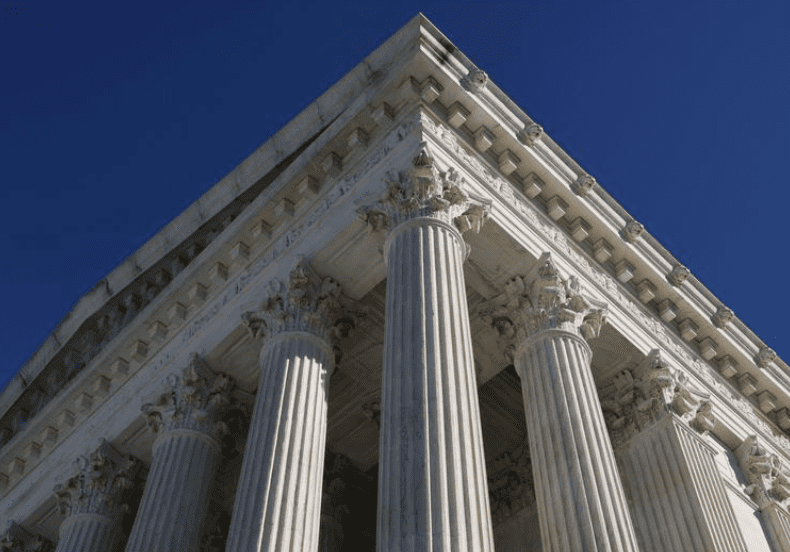 The U.S. Supreme Court on Thursday expanded the ability of people to sue police for excessive force, ruling in favor of a New Mexico woman who filed a civil rights lawsuit after being shot by officers she had mistaken for carjackers.

The 5-3 decision allowed the woman, Roxanne Torres, to pursue her lawsuit accusing New Mexico State Police officers Richard Williamson and Janice Madrid of violating the U.S. Constitution’s Fourth Amendment ban on illegal searches and seizures even though she had not been immediately detained, or seized, in the incident.

The court determined that in order to sue for excessive force under the Fourth Amendment, it is not necessary for a plaintiff to have been physically seized by law enforcement.

“We hold that the application of physical force to the body of a person with intent to restrain is a seizure even if the person does not submit and is not subdued,” conservative Chief Justice John Roberts wrote in the ruling.

Roberts was joined in the decision by the court’s three liberals and one of his fellow conservatives, Justice Brett Kavanaugh. Three other conservatives justices dissented. The newest justice, conservative Amy Coney Barrett, did not participate because she had not yet joined the court when the case was argued in October.

In a dissenting opinion, conservative Justice Neil Gorsuch said a “seizure” under the Fourth Amendment has always been defined as “taking possession of someone or something,” and he criticized the court’s contrary conclusion.

“That view is as mistaken as it is novel,” Gorsuch wrote.

The case will now return to lower courts, where the officers could seek to have the lawsuit dismissed on other grounds including the legal doctrine called qualified immunity that protects police and other types of government officials from civil litigation in certain circumstances.

In the 2014 incident, four officers arrived at an apartment complex in Albuquerque and approached Torres, who was sitting in a car. Torres said she fled when she saw people with guns approaching, thinking she was going to be carjacked. Madrid and Williamson fired 13 shots between them, hitting her twice in the back as she drove away in her car.

Torres continued driving but was arrested the next day after being treated in a hospital for her wounds. She was convicted of three criminal offenses, including fleeing from a law enforcement officer.

After Torres sued in a federal court in New Mexico in 2016, the judge dismissed the case, saying there could be no excessive force claim because a “seizure” had not occurred. The Denver-based 10th U.S. Circuit Court of Appeals reached the same conclusion in 2019, prompting Torres to appeal to the Supreme Court.

There is heightened public scrutiny of police conduct in the wake of protests in many cities last year against racism and police brutality. Rulings by the Supreme Court in other cases over police powers are due by the end of June.