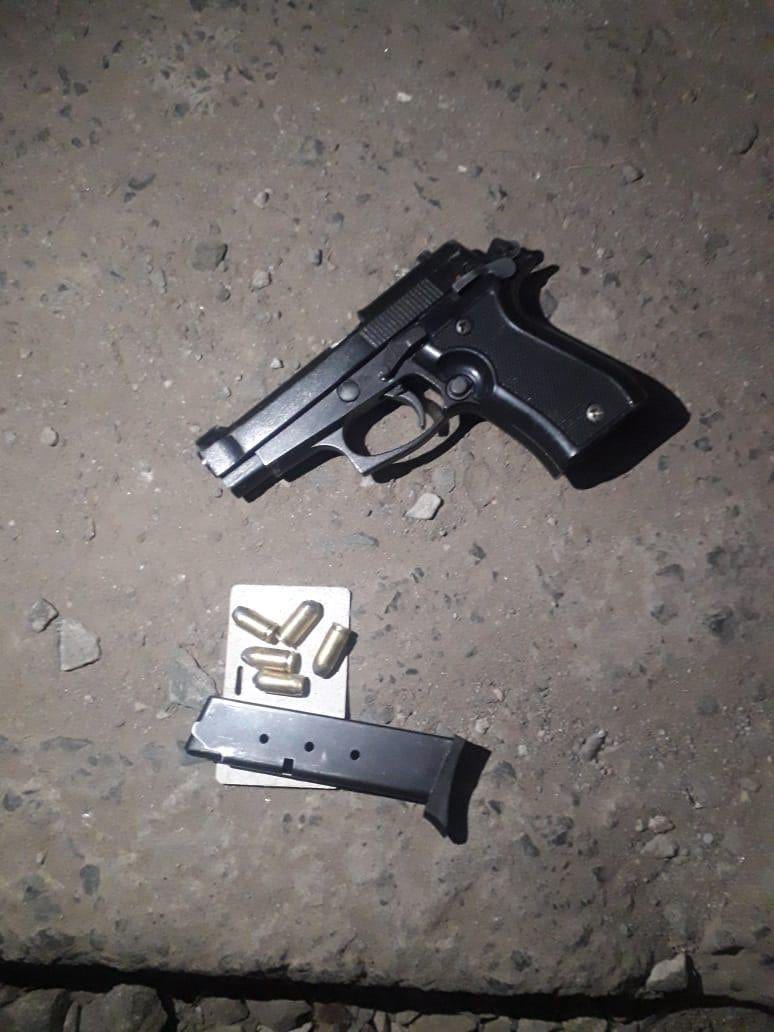 Two armed gangsters were shot dead by police officers on Friday night after they attacked a woman and robbed her off her mobile phone and other valuables.

The suspects, who were armed with a pistol, had approached a woman who had just been dropped off by a taxi along Muhoho road in Langata.

“A scuffle ensued as the thugs attacked her, prompting the woman to scream for help,” a police report obtained by Citizen Digital states.

Police officers who were alerted to the scuffle rushed to the scene but saw the suspects fleeing on foot towards Nairobi West.

“The speed of the two miscreants was however no match to that of the lanky young officers, whose endurance and tact in covering long distance races came in handy,” the police officers said.

The three thugs were cornered three kilometers away from the crime scene, according to cops who gave the chase.

One of them allegedly shot at the police officers, resulting in a serious exchange in which both were killed.

The thugs were finally cornered three kilometers from the scene of the robbery.

“A Blow P99A loaded pistol, with 5 rounds of 5.56 mm calibre, was recovered from the criminals,” the police said.

The scene was documented by DCI crime scene experts and the bodies of the criminals moved to City mortuary pending identification.