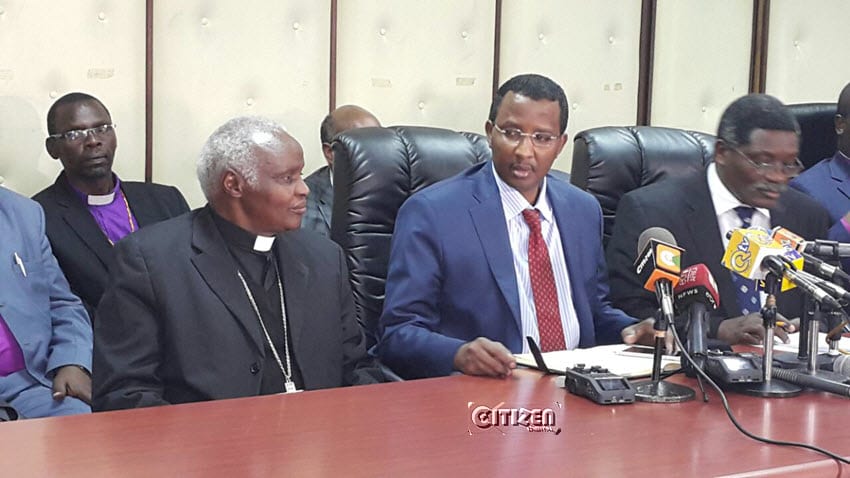 The Selection Committee on the Independent Electoral and Boundaries Commission (IEBC) has nominated lawyers Tunai ole Kina and Wanyonyi Wafula Chebukati for the position of the chairperson.

The names of the two were forwarded to President Uhuru Kenyatta who will now pick either of them for vetting by the National Assembly and subsequent appointment.

The picked appointee will take over from the current polls body chair, Ahmed Issack Hassan and will be tasked with the role of overseeing the August 8, 2017 General Election.

The two were among ten candidates who were interviewed by the Selection Panel. Others candidates who faced the panel include former Mombasa Mayor, Taib Ali Taib, former Law Society of Kenya (LSK) representative to the Judicial Service Commission (JSC), Florence Muoti Mwangangi, and lawyer Lucas Leperes Naikuni of Naikuni Ngaah & Miencha Co. Advocates.