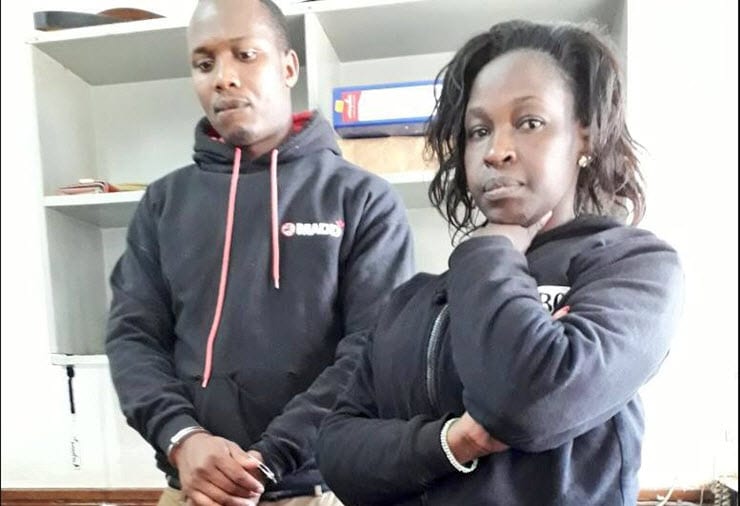 Detectives from the Directorate of Criminal Investigations (DCI) on Wednesday arrested two more suspects in connection with the SIM card swap fraud.

Douglas Kiplimo Too and Linda Najoli Idali, both employees of Safaricom, were arrested in Eldoret and are said to be wanted by DCI officers from Molo, Kitali and Garsen.

#ARREST: Detectives from @DCI_Kenya have this afternoon arrested Mr. Douglas Kiplimo Too and Ms. Linda Najoli Idali both employees of @SafaricomPLC in connection with #Sim Swap Fraud. The two were arrested in Eldoret & are wanted by #DCIMolo,#DCIKitale & #DCIGarsen. pic.twitter.com/UbSX5FiTHS

The arrest of the two suspects comes barely a day after yet another Safaricom employee who was arrested over SIM swap related allegations was arraigned and charged with conspiracy to commit a felony.

Maurice Michael Mosoti, appearing before Nairobi before Chief Magistrate Francis Andayi at the Milimani Law Courts on Tuesday, pleaded to one count of conspiracy to commit a felony. He denied the charges.

Mosoti was arrested together with Rian Obaga Nyagaka; a fourth-year JKUAT IT student studying Bachelor of Science in Electronic Engineering

In a statement from Safaricom last week, the company talked tough saying they will cooperate with the police in arresting those behind the crime.

“Safaricom takes a zero-tolerance approach to unethical behaviour and where required we shall cooperate with law enforcement officers in investigating and providing evidence to ensure justice is attained,” read a statement.

“Where staff members are involved we will take action against those who fail to adhere to our corporate governance and ethics policies, as we have done in the past and reported in our annual Sustainability Report.”