Two killed, 10 injured after bus ran over IED in Mandera 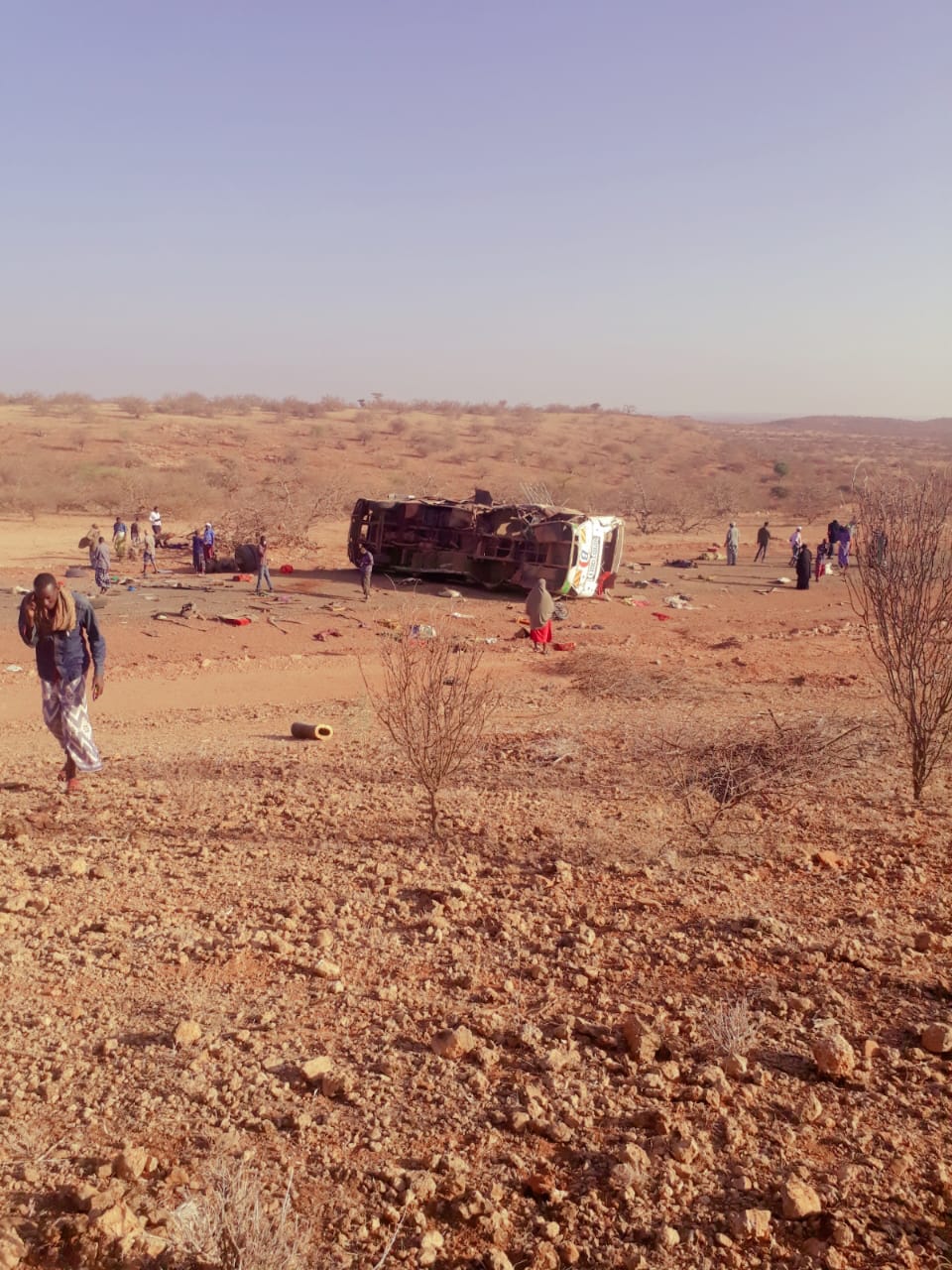 Two people have died while 10 others sustained varying degrees of injuries after a bus they were travelling in ran over an Improvised Explosive Device (IED) in Koromey, Mandera County.

Photos from the incident showed the badly mangled wreckage of the bus which had overturned from the impact.