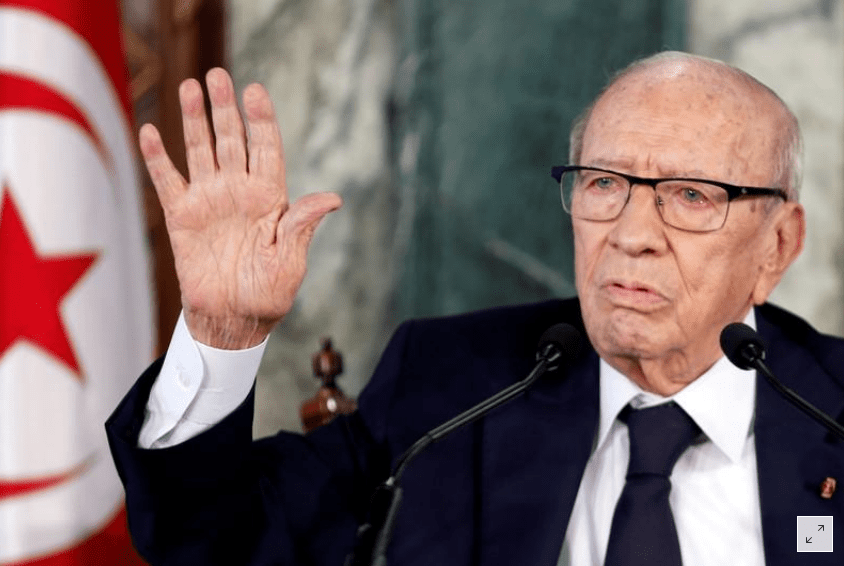 Tunisian President Beji Caid Essebsi said on Saturday he did not want to run for a second term in presidential elections expected this year, despite his party’s calls for the 93-year-old to stand.

Mass protests that toppled ailing President Abdelaziz Bouteflika in Algeria have stirred the opposition in Tunisia, and social media campaigns have begun rejecting a second term for Essebsi.

The Tunisian constitution adopted by parliament in 2014 gives him the right to run for two terms.

“I will say frankly that I do not want to present for a second term because Tunisia has a lot of talents,” Essebsi said at a meeting of his party Nidaa Tounes in Monastir.

Tunisia will hold a parliamentary election on Oct. 6 and a presidential election starting on Nov. 17.

They will be the third set of polls in which Tunisians can vote freely following the 2011 revolution that toppled autocrat Zine El Abidine Ben Ali, who ruled for 23 years.

No prominent figure has so far declared their candidacy for the presidency this year.

Essebsi, a former parliamentary speaker under Ben Ali, has been the dominant figure in the North African country since his election in 2014, despite constitutional rules limiting his powers to defense and foreign relations. But he has lost influence since prime minister Youssed Chaded took office as prime minister in 2016.

The North African state has been hailed as the Arab Spring’s only democratic success, because protests toppled Ben Ali without triggering the violent upheaval seen in Syria and Libya.

But since 2011, nine cabinets have failed to resolve Tunisia’s economic problems, which include high inflation and unemployment, and impatience is rising among lenders such as the International Monetary Fund.