Tuju: ‘We lost due to voter apathy but 2022 will be different’ 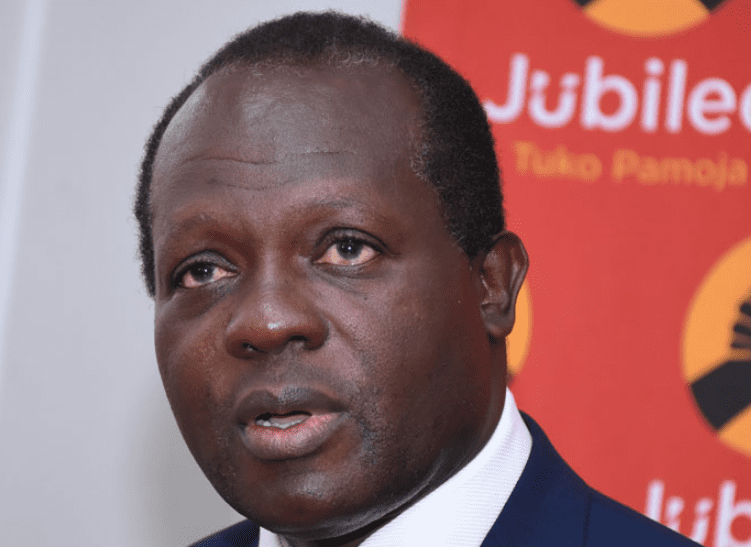 During an interview with Citizen TV on Tuesday night, the party’s Secretary General Raphael Tuju congratulated the winners of the Bonchari and Juja parliamentary by-elections, as well as the Rurii Ward mini-poll.

At the same time, he denied suggestions that the results depicted the last kicks of a splintered Jubilee party.

Tuju said voter apathy from the region which feels left out, particularly given that the president is from there, was a major factor in Jubilee’s defeat in the Juja poll.

“It was certainly apathy; people who feel that they have not benefited enough from the fact that the President comes from that region,” Tuju explained. “I take responsibility for not performing as well as we have performed in the past. “

He also accused their opponents of making derogatory remarks in the run-up to the election, especially about the region’s alleged marginalization, which affected the voting pattern.

According to him, the by-election dynamics were flawed, especially given the low voter turnout, particularly in Juja, where only 18.9% of registered voters showed up.

“Those who have won in the by-elections, a few wards where turnout was very low and the dynamics are completely different with a general election, they have every right to celebrate but we will be back,” Tuju promised on Thursday.

Koimburi secured 12,159 votes from the 184 polling stations in the constituency, with Jubilee’s Njeri coming in second with 5,746 votes.

Candidate Francis Muraya Githaiga of the DP-Ruto allied United Democratic Alliance (UDA) won the Rurii ward in Nyandarua County, which is considered to be the backyard of National Assembly Majority Leader Amos Kimunya.

In the Bonchari by-election, Jubilee’s Opore Zebedeo John came in second with 7,279 votes, while ODM’s Pavel Oimeke took the win with 8,049 votes.

The elections were not without drama, with ODM chief Raila Odinga accusing shadowy State forces of using the police to wage political wars, eroding the gains made by his pact with President Kenyatta.

Raila said in a statement on Wednesday that elections are a chance for voters to express themselves, not for politicians to pursue ‘imaginary and short-lived political interests.’

“What we have witnessed in the by-elections in Bonchari and Juja is an abuse of police powers and an arrogant display of IMPUNITY by a few overzealous and bellicose government functionaries,” the ODM leader Tweeted. “Security forces exist to serve the people and not the interests of those out to conduct political experiments.”

His statement followed a night of chaos that threatened to disrupt the election process in Juja on Tuesday, prompting the Independent Electoral and Boundaries Commission (IEBC) to suspend counting until the following day.