Trump: ‘I know nothing about wikiLeaks’; US seeks assange extradition 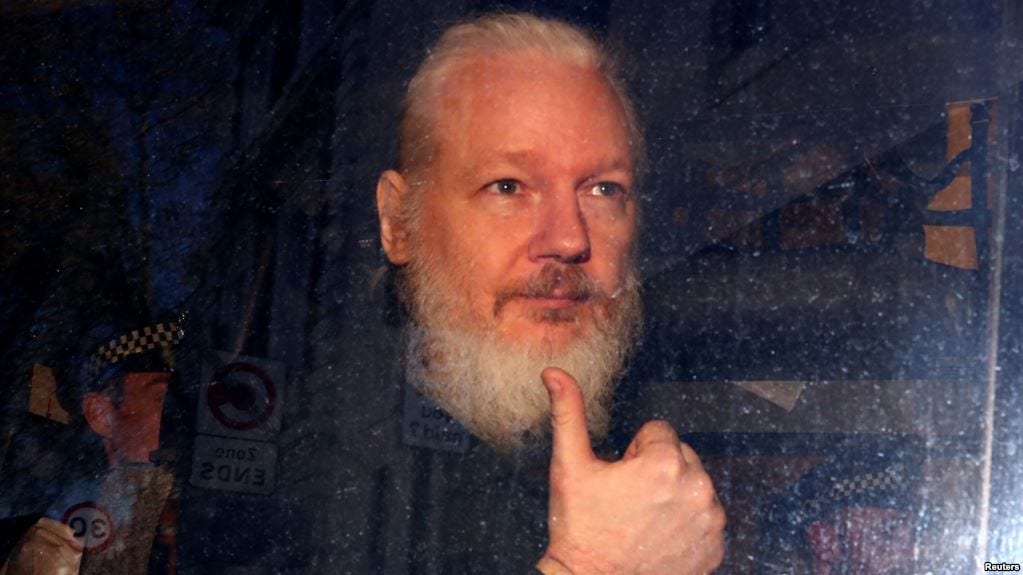 U.S. President Donald Trump said Thursday he has no knowledge of the website WikiLeaks, after the whistleblowing site’s founder, Julian Assange, was arrested in Britain.

The 47-year-old Australian national had been living in the Ecuadorean Embassy in London since 2012, but was ejected Thursday and taken into custody by British police.

Ecuador said Assange had broken asylum conventions by continuing to interfere in other countries’ affairs through the publishing of confidential information.

Trump was questioned by reporters on the arrest Thursday.

“I know nothing about WikiLeaks. It’s not my thing,” Trump said. “I know there is something to do with Julian Assange, and I’ve been seeing what’s happened to Assange. And that would be a determination, I would imagine, mostly by the attorney general, who’s doing an excellent job. So, he’ll be making a determination.”

On the campaign trail in 2016, Trump repeatedly referred to WikiLeaks after it published hacked emails from the Democrat National Committee. He once declared, “WikiLeaks! I love WikiLeaks,” at a rally in Pennsylvania.

In 2010, WikiLeaks published a cache of more than 700,000 documents, videos, diplomatic cables and battlefield accounts from Iraq and Afghanistan, obtained by former U.S. Army soldier Chelsea Manning, then known as Bradley Manning. They detailed civilian casualties, along with details of suspected terrorists held at Guantanamo Bay, Cuba.

Manning was prosecuted under the Espionage Act and jailed in 2010. She was released in 2017, but was jailed again in March 2019 for refusing to testify before a grand jury about WikiLeaks.

Assange sought asylum in the Ecuadorian Embassy after facing rape charges in Sweden, which have since been dropped. He predicted then that he would face extradition to the United States.

“As WikiLeaks stands under threat, so does the freedom of expression and the health of all our societies,” Assange told a crowd of supporters from the balcony of the embassy.

The United States accuses Assange of conspiring with Manning to access classified information on Department of Defense computers and has requested his extradition from Britain.

Freedom of the Press

Freedom of the press is protected under the First Amendment of the U.S. Constitution, so the precise charges against Assange will be key, said legal analyst Caroline Mala Corbin of the University of Miami School of Law.

Assange supporter and prominent human rights campaigner Peter Tatchell said Assange must be afforded the rights of other journalists.

“It smacks of double standards, and it has the whiff of a vendetta against WikiLeaks and against Julian Assange,” he said.

British judges will now decide whether to fulfill the U.S. extradition request.

Geoffrey Robertson, an attorney who has represented Assange in the past, said Assange could face up to 40 years in prison if he is extradited to the United States.

“I have faith in the British justice system, and I think he will argue that this is a breach of his right of freedom of speech,” Robertson said.

Assange will first face sentencing for failing to surrender to authorities on sexual assault charges in 2012.

Meanwhile, one of the Swedish women who accused Assange of rape has requested the case be reopened, further complicating the legal case against him.