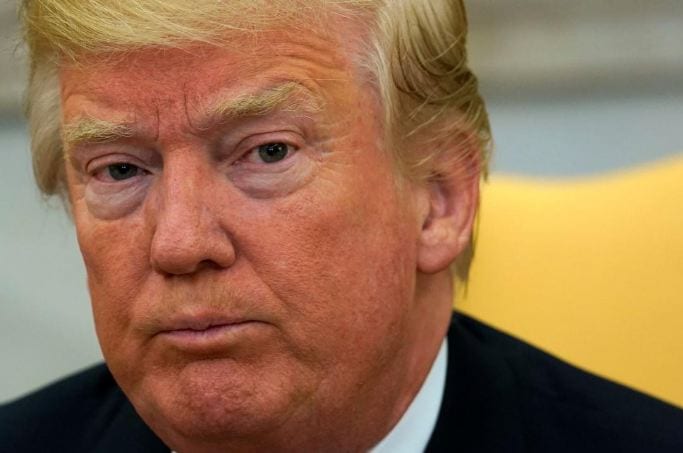 President Donald Trump has agreed to meet with North Korean leader Kim Jong Un, the White House announced, setting the scene for an unprecedented encounter between two nations that only recently threatened to wipe each other out. The meeting, which would be the first between a sitting US president and a North Korean leader, will take place by May, according to South Korea’s national security adviser, Chung Eui-yong, who delivered the invitation to Trump after a visit by his delegation to Pyongyang earlier this week. Trump’s decision to meet Kim, after a year in which the two have repeatedly traded insults, is a remarkable breakthrough — albeit one with uncertain consequences. It brings the North Korean regime close to its long-desired aim of recognition on the international stage, and it offers Trump the tantalizing prospect of a historic diplomatic victory. The South Korean delegation, which landed in Washington, D.C. for a debriefing Thursday on the North-South talks, was careful to praise Trump’s influence over the developments. Chung said the US President’s “leadership” and his administration’s pressure on the North Korean regime had “brought us to this juncture.” White House press secretary Sarah Sanders said in a statement that Trump “greatly appreciates the nice words” of the delegation and South Korean President Moon Jae-in. “He will accept the invitation to meet with Kim Jong Un at a place and time to be determined. We look forward to the denuclearization of North Korea. In the meantime, all sanctions and maximum pressure must remain.” Trump tweeted that “great progress” had been made but there would be no prospect of lifting sanctions until a deal was reached. South Korea’s President Moon described the announcement as “historic” and and thanked both leaders for seeking a diplomatic solution to the denuclearization of the Korean Peninsula. “This is an almost miraculous event; my administration will prepare toward the May meeting with utmost diligence,” he said in remarks read out in Seoul by a Blue House spokesman. Rapid development

The stunning announcement was the culmination of a diplomatic whirlwind that began with the invitation of a North Korean delegation to attend the Winter Olympics in Pyeongchang, South Korea. That event became the venue for a series of carefully orchestrated diplomatic overtures that ended in dramatic fashion at the White House on Thursday.
Trump agreed to meet with Kim within hours of learning of the North Korean leader’s offer. Chung, the South Korean national security adviser, arrived at the White House shortly before 2:30 p.m. to meet with his US counterpart, H.R. McMaster.

Just minutes after 5 p.m., Trump poked his head in the White House briefing room to tell reporters South Korea would be making a “major announcement.” Chung’s delegation appeared outside the West Wing about two hours later. In a brief statement to reporters, Chung said Kim “expressed his eagerness to meet President Trump as soon as possible.” The North Korean leader had told the South Koreans “he is committed to denuclearization” and pledged that North Korea would “refrain from any further nuclear or missile tests,” Chung said. Kim also told the South Koreans he understands that the US and South Korea would move forward with their joint military exercises later this year. There are many details to be ironed out before any meeting could take place, not least the location. The Panmunjom truce village in the Korean Demilitarized Zone (DMZ), one possible venue, hosted meetings between North and South Korea in the run-up to the Winter Olympics. Sanctions to remain in place Since Trump came into office, the US has leveled some of its most significant and far-reaching sanctions against North Korea and has also succeeded in pressuring China to further isolate the regime. That pressure would not abate as the US heads toward the historic talks, the White House said. While Trump has signaled in a tweet that he was optimistic about the possibilities, he reiterated the US stance on sanctions. “Kim Jong Un talked about denuclearization with the South Korean Representatives, not just a freeze. Also, no missile testing by North Korea during this period of time. Great progress being made but sanctions will remain until an agreement is reached. Meeting being planned!” Echoing Trump’s stance, Treasury Secretary Steven Mnuchin said Thursday that the US would continue to impose sanctions until the North Korean regime terminates its nuclear weapons program. “We will not take off these sanctions until we achieve these goals to make sure that the world is protected,” he said in New York. Japanese Prime Minister Shinzo Abe talked to President Donald Trump on the phone to reiterate the commitment by Japan and the US to a policy of “maximum pressure” on North Korea. Abe, briefing reporters after the call, said that the US and Japan had agreed to “keep putting maximum pressure until North Korea takes concrete actions toward denuclearization.” Departure from previous thinking A host of questions lingered over Trump’s remarkable decision, which signaled a break with the administration’s thinking just days — even hours — earlier. Secretary of State Rex Tillerson told reporters traveling with him in Ethiopia earlier on Thursday that the US was “a long way from negotiations.” “In terms of direct talks with the United States, and you asked negotiations, we’re a long way from negotiations. We just need to be very clear-eyed and realistic about it,” Tillerson said. Trump’s approach to North Korea has wavered between bellicose rhetoric and expressions of openness to diplomacy — with the President saying one day that the US would rain “fire and fury” on North Korea and then saying he would consider speaking directly with the country’s leader under the right circumstances. On the campaign trail he signaled more than once that he would be open to direct talks, but more recently belittled Tillerson’s attempts to bring Kim to the negotiating table. “I told Rex Tillerson, our wonderful Secretary of State, that he is wasting his time trying to negotiate with Little Rocket Man,” he tweeted in October. The White House did not say why it had changed its calculus toward North Korea by agreeing to talks without “concrete steps toward denuclearization.” But a senior administration official said Trump had accepted Kim’s invitation to meet because “it makes sense to accept an invitation to meet with the one person who can actually make decisions,” even though past US-North Korea talks have taken place at a lower level. “President Trump was elected in part because he is willing to do — take approaches very, very different from past approaches and past presidents. That couldn’t be better exemplified in his North Korea policy,” the official said Thursday evening. The official added that “President Trump has made his reputation on making deals” and Kim “is the one person who is able to make decisions under their authoritarian — or totalitarian — system.” Optimism — but also a minefield In the first year of Trump’s presidency, Pyongyang escalated its bellicose rhetoric and increased the pace of its missile and nuclear tests. Only in recent weeks, with the overtures led by South Korea, has a breakthrough seemed possible. The potential talks between Trump and Kim could represent the US’s best chance yet to halt the advance of North Korea’s nuclear ambitions. But analysts also question North Korea’s motivations. Experts believe North Korea is months from obtaining the capability to strike the US with a nuclear weapon. Trump has repeatedly said the US will not tolerate such a development, warning that he would first launch a devastating attack on North Korea. Such a military confrontation would likely lead to the deaths of millions, not only in North Korea, but also in South Korea.