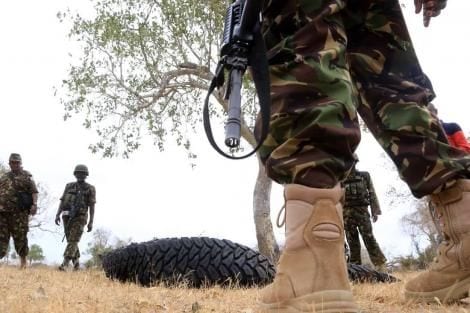 Three police officers were killed early Friday when their land cruiser went over a planted IED on the Banisa-Tabaka highway in Mandera County.

The officers were on a routine border patrol when they were ambushed by al-Shabaab militants, resulting in many security officers being seriously wounded.

According to a police report seen by Citizen Digital, the officers were ambushed at around 6 a.m. before one of their vehicles went over the on the device.

During the attack, a fierce exchange of fire broke out between the officers and the insurgents as the terrorists advanced towards the Somalia border, according to reports.

The wounded officers were treated at the scene by doctors from the Banisa sub-county hospital and are being airlifted to Nairobi for further care.

The National Police Service confirmed the attack in a statement sent to newsrooms this morning, saying the area had been secured and that the perpetrators would be held accountable.